According to Haaretz (חידוש התיאום בין הרשות לישראל הוא הודאה של ההנהגה הפלסטינית בכישלונה), the Palestinian Authority’s announcement Tuesday night of the resumption of security coordination with Israel is an admission of the failure of the PA’s policy over the past year. It’s also another message to the PA citizenry and the international community that the leadership is operating without a clear and cohesive strategy, Haaretz concluded.


As you may recall, on May 19 Abbas declared that since Israel insists on reducing the amount of taxes and other revenues it collects on behalf of the PA by the amount the PA is paying out to its terrorists behind bars in Israel and the families of dead terrorists, the PA would hence refuse to accept any of the Zionist money.

But following the cessation of American aid to the PA, Ramallah did not have many sources of funding left. The eruption of the corona pandemic and the rigid lockdown enforced by the PA during the first wave only deepened the economic distress. Indeed, since February, tens of thousands of PA civil servants have been receiving only half of their salaries, making those salaries the central issue for the majority of the public. Without full salaries and American cash there was no trade, and without trade there was nothing.

Meanwhile, the PA was losing its last supporters on the planet, fellow Arab states. Those were too busy dealing with their own outbreaks of the coronavirus, and then, in August, some of them became intolerably friendly to Israel, first pretending they were doing it to prevent Israeli annexation of the territories, and finally just celebrating the opportunity to purchase US state-of-the-art flying killing machines and dipping their feet in the Tel Aviv sea.

The PA and Hamas have been driven by the latest shortage in outside funding to promote their mutual ties in conferences and photo ops in Turkey, Qatar, Beirut, and Damascus, but those never survived to the next phase, where the two sides would negotiate power, elections, unifying their security forces. So it all ended the way it had been ending since the 2006 election, the last show of democracy in Judea, Samaria, and Gaza. So that relationship stayed “the way it was.”

Haaretz concluded sadly: “In this reality, all that is left is to look for a ladder that will make it possible to climb down to managing the conflict with Israel with the familiar tools of coordination and transfer of funds, with anticipation of some political move – as has been the case for 25 years.”

Haaretz continued its lament: “The Palestinians requested a signed letter of intent from Israel, and received it from the coordinator of government operations in the territories, Kamil Abu Rokon. They made sure the document was received on the 17th of the month, just two days after the Palestinians marked Palestinian Independence Day declared by Yasser Arafat in Algeria in 1988, on the eve of US Secretary of State Mike Pompeo’s visit to Israel – during which time he will also visit the settlement of Psagot.”

“In 1988, the Palestinians cried with excitement, today they cry with subservience,” Haaretz quipped, not bothering to conceal its desire for angrier, more violent Palestinians. 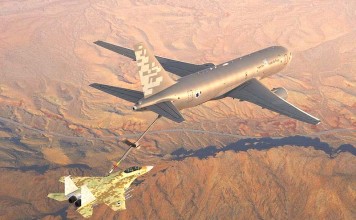 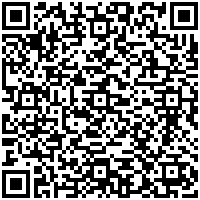