Rashi (7:4) points out that while God tells Moshe that he will harden Pharaoh’s heart from even before the first of the plagues (and even before he demonstrates God’s power with the staff turning into a snake), we only first read that He does so with the sixth plague.

Rashi seems to understand that Pharaoh was given a dispensation to repent up until that point. Ramban suggests that God did not need to harden Pharaoh’s heart until then, when Pharaoh would have seen that the game was up and that he no other rational choice than to agree to Moshe’s demands. Up until that point, he would have been able to decide on his own, not to let the Jews leave.


However I think there is another way of understanding God’s intervention in a way that it is there from the very beginning: We see a progression starting with Moshe’s first audience – even before he shows him God’s power by turning his staff into a snake – and up until Pharaoh gives chase. It begins with Pharaoh having all the power and having almost no reason to give in to Moshe; and ends after the tenth plague when the war is already lost and Pharaoh nevertheless makes the futile decision to chase the Jews into the Reed Sea.

God had told Moshe all along that he did not want to take the Jews out in the quickest possible way, but was rather interested in doing it with many plagues to show His power. There was, of course, one possible hitch in the plan, and that was man’s free will. According to many Jewish thinkers, free will is so absolute that the one thing God cannot guarantee is that we not get injured or killed by someone else. Obviously God has an unlimited array of tools to work around this problem, but it is something that He must consider in His direction of history.

In our story, God prepares Pharaoh to refuse and bring about more plagues by having Moshe first come with a weak hand (twice), before the plagues even get going. What I mean is that it would have been harder for Pharaoh to refuse had Moshe started right in with the plagues, or if God had started with the harshest plagues first, or even with plagues that could not be replicated by his magicians. The rabbis (Kiddushin 40a) tell us that if you do the same sin twice, you start to think that it is permitted. What they mean is that the repetition of an action creates its own momentum. And so when Pharaoh got used to saying no, it became almost second nature, such that he became less likely to listen with each new plague – even as there was objectively more reason to do so.

This story is actually a brilliant depiction of the interplay between divine providence and free will. Without taking away our ability to “surprise Him,” God – when needed – doesn’t hesitate to steer us in the direction He wants.

I can already hear some readers crying, foul! What kind of free choice is that, when God pushes one choice over another? The answer is that He is only making use of the reality that is already in motion even when He does not intervene. What I mean is that many people who have not given it much thought (and surprisingly even some who have) think of free choice as a 50/50 proposition, when it is clearly not. 50/50 almost never exists in anything, let alone the complex calculations that go into making a decision. Our environments and/or genetic makeup almost always predispose us to making a choice in one direction over the other. But that is not the same as saying that we are compelled to make that choice. And that is why we are accountable for them. Our accountability however is commensurate with our level of responsibility. When we make the right choice in circumstances that militate against it, we get more credit; when we do so in circumstances that favor it, we get less.

Like most things, then, free choice is almost never a question of yes or no, but rather how much. Such an understanding, I believe, provides a healthier perspective on human judgement as well. When looking at someone’s problematic or even criminal behavior (even when that someone is us), it is appropriate to look at their circumstances and examine what impact that had on the wrongful decisions. By the same token, while these factors mitigate guilt, they never eliminate it.

And don’t forget to listen to the related podcast: Balfour, Maharal and the Oldest Rabbi Joke Ever! 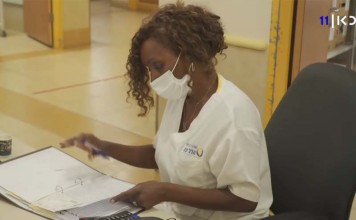 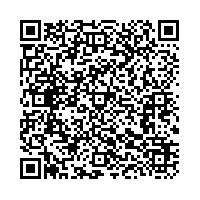