Something very unusual happens in the subtext of the last three parshiot of Shemot, and that is the identification of two individuals by their tribal affiliations. This happens nowhere else in the Book of Shemot and only once tangentially in the Book of Vayikra. It is true that there is not much discussion of individuals altogether in these two books. But even when there is – as when Yehoshua is called upon to fight Amalek – his tribal identity is not revealed. Not so in the case of Betzalel of the tribe of Yehduah and Oholiav of the tribe of Dan. Not only does Moshe repeat (35:30,34) God’s tribal identification of them (31:2,6), that identification is repeated one more time for good form in the narration of the tabernacle’s construction (38:22-23).

The Torah is making a point here and it seems that the midrash (Tanhuma Ki Tissa 13) is right on target in its identification: It is to put a man from the lowest tribes (Dan) on par with a man from the highest tribes (Yehudah) in the construction of God’s dwelling place on earth. One way to get a clear idea of these tribes’ relative position is to note that in the four three-tribe formations, the degalim, Yehudah is the leader of the first formation while Dan is the leader of the last. So what we have is a man belonging to the group with the lowest status alongside someone of the highest status. This is clearly no coincidence.


The significance of including a man from Dan here is further indicated by God saying to Moshe that He has appointed Betzalel and; hinei, also Oholiav! The Biblical word, hinei, is often translated as, behold, and frequently used to show surprise. That Yehudah would be represented at the top was an almost foregone conclusion. And once Moshe heard that this was going to be the case, he likely expected an appointment from Ephraim, to represent Yosef as well. And if it were not from the leaders of that formation, Moshe would have thought that a representative of Reuven, the other formation leader, would have been selected. (Though the formations were not created until later, their creation only formalized a pre-existing hierarchy that Moshe would have already known.)

Now that we have noted this point, we must ourselves why. What was the point of stressing the equality of the tribes specifically in the context of building the tabernacle? Perhaps it is because the hierarchical structure of the worship that would take place inside the new structure could lead the Israelites to the wrong conclusions. After all, there were limits beyond which only Levites could pass, and – beyond that – a point beyond which only Kohanim (priests) were allowed. As opposed to other instances in which the Torah was very countercultural, here it went along with the standard practice of creating a priestly elite. That being the case, one could easily understand this worship as a caste arrangement, wherein most Jews would only have a distant connection to what went on in the inner sancta.

The Torah is not against hierarchies. If there were no place for hierarchy, it would not have to make a point specifically here. But it was critically important for the Jews to realize that the hierarchy that did exist in Divine service was not of an essential nature. Rather, the tabernacle belonged to everyone. As we will see more clearly in the Torah’s middle book – aptly nicknamed, Torat Kohanim, the Law of the Priests – the priests were not there for their own sakes. They were there to help the entire Jewish people in their worship of God. And so the Jews would always be asked to drop everything and personally partake in the Temple rites three times a year. This was later reinforced by an additional mandatory visit known as the ma’amadot, not to mention personal visits as needed or wanted by the individual.

From the beginning of the building project, the financial and physical contribution of all Jews was sought. However, that was not enough. There was a need to show that the Torah’s tabernacle was that place in front of which all Jews stand equal in front of God. And for that message to be broadcast, there could be no better way than Dan, alongside Yehudah, leading 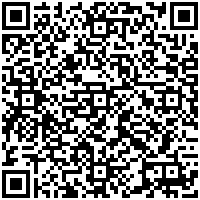