The ministers and director generals signed the following agreements:

1) MOU on proposals for flagship plans in 2017 (by Science, Technology and space Minister Akunis);

2) China-Israel cooperation on emergency medicine in 2017-2020 (by Health Minister Litzman);

6) Letter of intent on cooperation in education:

7) Update to the scholarships agreement;

9) Agreement on joint projects between the joint science funds; and

Chinese Vice Premier Liu Yandong thanked Prime Minister Netanyahu for his personal commitment to the Committee and to advancing bilateral relations in general.

The Chinese Vice Premier said that the Committee, which includes a considerable number of government ministries from both countries, has proven itself, leading to practical and important results, including the above mentioned significant agreements which promise increased innovation cooperation between China and Israel.

The fact that additional ministries join every meeting indicates the success of the forum, according to the VPM. She noted that China has such an innovation framework only with Israel and said that the Committee must continue to be beneficial and even be expanded in coming years.

Prime Minister Netanyahu said that the framework of the committee is vital for bilateral relations and noted that it joins two additional frameworks – cooperation with the NDRC and the negotiations on a free-trade agreement –which together constitute the heart of bilateral relations: Cooperation in science, initiatives and innovation.

Prime Minister Netanyahu thanked the Chinese Vice Premier for her personal commitment to the success of the forum and emphasized Israel’s commitment to its continuation. He noted that both countries have longstanding traditions and are committed to building societies that promote technology and innovation. He added that China and Israel have three characteristics in common: Ancient cultural traditions, people that are engaged in trade and a desire for excellence and a commitment to constant improvement. Two additional components must be added: Investment in science and innovation, the combination of which ensures the continued prosperity of both countries. Bilateral innovation cooperation is the yeast in the cake of the Israel-China relationship and enables it to increase and rise.

The two leaders noted that their countries had agreed to upgrade the Innovative Comprehensive Partnership between them, which will raise bilateral cooperation to new heights. They expressed their satisfaction at the tightening of links and cooperation in academia, as exemplified the presence of university heads at the meeting, the increase in direct flights between the two countries, the ten-year multiple entry visa agreement that took effect last November, and the increase in Chinese tourism to Israel.

Israel and the Pandemic 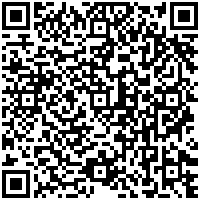