It is always interesting when the obvious meaning of verses is not recognized until very late in history. Whatever the reason, this seems to be what happens at the end of the story of the spies. As God dispenses punishments, He concludes with the scouts themselves (14:36-38). At the end of this discussion, he tells us the obvious – that Yehoshua and Calev would not die. It is obvious, since the death penalty meted out to the spies was expressly for the slander they spoke about the Holy Land, something Yehoshua and Calev did not do. Moreover, their exclusion from the lighter punishment of the rest of the people had already been spoken out explicitly (14:24). The Rabbis (Baba Batra 117) noticed this and explained that the mention of Yehoshua and Calev here is to inform us that the reward in the afterlife prepared for the other scouts would now be transferred to them.


Rashi quotes the above interpretation and, by doing so, enshrined it as the dominant contender for the peshat (simple) understanding. And while other answers have been suggested (see, for example, Ohr HaChaim), it appears that the world had to wait for Netziv’s Ha’amek Devar for someone to notice that the verses’ actual content indicates something completely different. If one tries to make an objective reading of the three verses in question, their meaning appears clear: The first verse introduces us to the subject, which is (all of) the men that Moshe sent out to spy the land and subsequently caused the rest of the Jewish people to complain and slander it. The next two verses indicate that this subject heading needs to be divided into two sub-groups. The first is those that themselves slandered the land – they would die. The second are those that would not die, Yehoshua and Calev, presumably because they were not included in those that slandered the land. Netziv however correctly notes that they were still among the larger group that is attributed with misleading the people in the first verse.

Yet with all due deference to Netziv, a simple reading of the rest of the story makes it difficult to blame Yehoshua and Calev for anything they did. They seem to have done everything in their power to prevent the tragic unfolding of events launched by their colleagues. And it is probably for this reason that it took so long before someone noticed that the Torah holds them partly accountable nonetheless.

So how are we to understand their accountability? First of all, it helps to remember that we are not only blamed for what we do, but also for what we should do and don’t. In line with the famous rabbinic yardstick that wisdom is the ability to see how things would unfold, Rav Hirsch famously blames Yitzchak for not noticing that Esav had to be raised differently than Ya’akov, and thereby contributing to his delinquency. Yitzchak is not blamed for what he did when it was too late, but what he did not do, when there was still time.

One can similarly say that Yehoshua and Calev did not do anything wrong once they got back to the Jewish people. On the contrary, they showed great heroism and courage. But by the time they stepped up to the plate, it was already too late. Hence, their mistake was what they could have done earlier: They must have been aware of their colleagues’ general inclination as the mission unfolded. While it is theoretically possible that they tried to change the minds of the other scouts, the Torah’s silence on the matter speaks to their own silence as well. Even if they spoke up, they must not have done so in a productive way – hence, it is reported (actually, not reported) by silence.

Looking more carefully at the wording in question, the Torah (14:38) repeats that in spite of living on, they were part of the group of scouts. And this is exactly what they missed. They were part of a group, not just two individuals who could form their own opinions and go on their merry way. As such, they were responsible for the group and its decisions. For if they could not convince this elite group of their mistake, why would they think they would be able to convince the people? All of their dramatic efforts with the people should have been used earlier on, with the delegation that had been given the responsibility of evaluating the situation. It was for this reason that they were chosen.

Being a real hero is not just about what we do, it is also about when we do it. 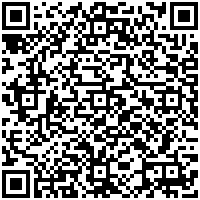