Many readers have been struck by Moshe’s relative inactivity in response to the report of the spies. The story leaves us wondering what happened to provoke his apparent silence, in such marked contrast to his leadership style up until now.

Perhaps we will understand better if we try to take a look at the larger picture. Starting with Moshe’s rendition of the spy incident in the book of Devarim, we read that he not only agreed to the popular suggestion to scout out the land, he was even directly involved in its implementation.


We cannot be sure why Moshe adopted the plan (God’s command came afterwards), but his agreement does fit in with a slow process of decentralization of leadership that we see throughout the book of Bemidbar. Moshe certainly had good reason to encourage diffusion of leadership. He would not live forever. And even if he would, once the Jews settled the land there would be a need for the local administration of the scattered settlements. Such communities would not always be able to wait for their concerns to reach the central government and for the decisions to come back.

After setting his decentralization project into motion with Yitro’s suggestion to appoint deputies, Moshe saw the people responding in appropriate ways. One example is the respectful and felicitous petition made by those excluded from participation in the Pesach sacrifice to find an alternative way to bring their sacrifice. This petition was the first appropriate bottom-up amendment to the order of things in the desert regime, and it would be followed by other similar episodes.

Hence the request for spies to scout out the land was not radically different from other events that had come before it. In fact, it could have represented a welcome step forward, with even more people taking responsibility for their own future.

Unfortunately, however, Moshe’s optimism was premature, to say the least. If he hadn’t yet realized that the decentralization process needed to be gradual (and perhaps never quite complete, in the utopian sense that Korach ostensibly tried to actualize), the spy incident certainly shook him out of any illusions.

The scouting mission turned out to be completely different from Moshe’s aspirations for it. The spies exploited Moshe’s plan in order to foil his overarching goal of bringing the Jews into the Land of Israel. Had he been aware of this, there is no way he would have agreed to the mission, let alone aid and encourage it. But focused as he was on preparing the Jews for the proper administration of the land, he failed to see that they were not yet won over to inhabiting it altogether.

Given that Moshe could not but admit ownership of the plan, he had to shudder at how it unfolded before his very eyes: The report was not what he had expected and the reaction of the people even worse. One can easily imagine his shock and disorientation at what he saw. And then suddenly… Moshe has no words as he realizes that he completely misjudged the very people he was meant to shape. Clearly, he knew that they were capable of backsliding, but he did not realize to what extent the central plan to conquer the Land of Israel had never completely taken root among the people. On some level it was now evident that Moshe had literally made the mistake of his life.

Hence Moshe becomes distraught in a completely new way. He is paralyzed by the realization of just how far he had overshot the mark; the whole project was unraveling completely out of his control. For he could not possibly direct the people whom he suddenly realized he did not really understand. As a result, and despite his good intentions, the incident threatened to undo everything that Moshe had built.

From what we have seen, then, it would appear that for Moshe, the spy debacle represented a tragic failure on his part – even more than it represented a failure on the part of his people. As such, he was at a loss for how to move forward, or how to move at all. Yet – even though it is never complete – Moshe eventually does recover and finds the wherewithal to continue leading the Jewish people.

Though it is hard to get beyond the intense tragedy of this story, there are two more positive lessons that can be learned. The first is to always second-guess ourselves. Regardless of how smooth things seem to be going, we must never assume that we have unlocked the secret to perpetual success. Indeed if there is such a secret, it may be to always examine and re-examine the available data, and not to rely upon how things have worked in the past. The second lesson is that no matter how devastating events may be, we must muster the courage and strength to keep going.

From such a perspective, Moshe becomes a hero not only in his successes but also in his failures. 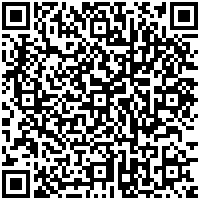