When I thought of the question in the title above, I assumed it would be heavily discussed and engender many different interpretations. To my surprise, however, there are very few commentators who discuss this; and even those that do, do not have much to say about it.

What exactly is my question? Though the Torah tells us that the purpose of the blood is to be a sign that Jews doing God’s bidding are in that house and should not be killed during the plague of the first-born, it does not tell us why this unique was chosen for that sign. If the Jews needed a sign on the doorposts, for example, why not go with the much neater and ultimately more conventional sign of parchment scrolls, as we have encased in our mezuzot today and from time immemorial.

It is true that sacrificing an animal and separating its blood is, in itself, not something uncommon in the Torah. R. S. R. Hirsch accordingly understands the blood on the doorposts to have essentially the same function as that of other sacrifices. Yet in other sacrifices, the blood is consumed on the altar, whereas here it was to be placed on the doorposts. Moreover – though R. Hirsch does not mention it here – the common understanding of the function of sacrificial blood is as a type of atonement (Vayikra 17:11). If so, what did the Jews do wrong that required atonement here? It is presumably these issues that lead Chizkuni to suggest a different approach – that the blood was to be a reminder that the Egyptians spilled our blood. But what would have been the point of remembering that at this particular juncture? Hence I think it worthwhile to dig further for an explanation of this rather startling practice.

The key may be found in looking for other discussions about blood in the story itself, before we try to connect it with mentions of blood in other parts of the Torah. In fact, there is another important mention of blood in the Pesach story – God’s instruction to Moshe to turn the water of the Nile into blood (4:9). It is worth remembering that this is the only plague alluded to when Moshe had his lengthy interview at the burning bush (see Ibn Ezra on on 4:9). For me, that means there is something more fundamental about this plague that perhaps speaks to the essence of the Egyptian sin.

With that in mind, it will now be helpful to understand what blood represents in the Torah more generally. To really do that, you will want to look at my soon to be published book on Vayikra (Redeeming Relevance in the Book of Leviticus, pp.69-75). But the short answer is that blood represents life. If so, the famous midrash quoted by Rashi on 2:23 about Pharaoh bathing in the blood of Jewish children to cure his leprosy takes on undertones even more horrific than the image itself: For through this midrash (Shemot Rabbah 1:34), Jewish tradition is accusing the Ancient Egyptians of using human life as just another commodity. That is to say that this nation felt that in the same way as medicinal plants are best used as a commodity with which to cure disease, so too was the blood=life of lesser peoples like the Jews best used as a commodity for the betterment of the master Egyptian race. Indeed, that is a fairly exact synopsis of the specific brand of slavery that had been borne by the Israelites in Egypt.

Hence it seems very likely that when the Jews put the blood on the doorposts, it was meant as a strong statement of protest against Egypt and about the holiness of life. It is likewise because of its connection to life that we refrain from eating the blood of kosher animals. In other words, whereas the Egyptians made even human life a commodity, the Jews were bidden to sanctify the essence of life even in animals.

While this sanctification is normally achieved just by putting the blood of animals to the side in various ways, in Egypt it had to be more demonstrative. As with the Torah teachings encapsulated by the mezuzah and the faith represented by the Chanukah light, demonstrating something means putting at the entrance of your home, such that anyone who enters it is immediately mare aware of what you stand for.

When living in most cultures that – to one extent or another – recognize the sanctity of life, the Jew has no need to demonstrate it so forcefully. Not so, however in Ancient Egypt, where this was not the case. And while we were only commanded to actualize at that time, it is worthwhile remembering that the Jew should loudly proclaim the sanctity of human life anywhere it is denied. 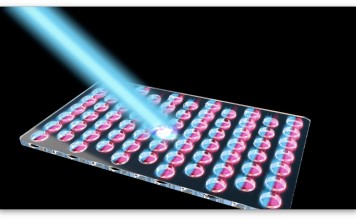