A senior Hamas official told the Israeli daily Globes that PA Chairman Mahmoud Abbas is interested in escalating the situation along the Gaza Strip border to manipulate the coming elections in Israel. Abbas is attempting to bring about a renewed confrontation inside Gaza in order to harm Netanyahu’s chances in the elections.

Abbas’ main goal, according to the Hamas official from Gaza, is to entangle Netanyahu in a military confrontation with Hamas now. Netanyahu would appear as someone who, despite the “bribes” he gave Hamas courtesy of Qatar, could not stop rocket fire and loss of life.

Abbas hopes that former chief of staff Benny Gantz and the generals on his Knesset list, who tend to be to the left of Netanyahu, would take over and steer Israel’s policy towards a two-state solution.

At this moment, it is still unclear when the third shipment of $15 million will be used to supplement salaries for government officials and employees in the Gaza Strip.

You’ll recall that when negotiations between the Palestinian Authority and Hamas broke down because of Hamas’ demand to maintain its independent military strength, Abbas tried to force Hamas to its knees by halting the payment of salaries and payments for diesel fuel in the Gaza Strip. The economic crisis in Gaza deepened, the humanitarian situation deteriorated, while UNRWA’s budget cuts further exacerbated the situation.

In September, Qatar entered the picture, and after negotiations with Israel and with direct UN involvement, it agreed on $150 million in humanitarian aid over 10 months: $60 million for diesel fuel – raising the number of daily hours of electricity from 2-4 to 12-16, and another $90 million to pay salaries.

This financial oxygen dose is messing up Abbas’ plans, which is why he is escalating his own strife with Hamas. This week he met Egyptian President Abdel Fattah el-Sisi in Cairo and demanded the Egyptians renew the pressure on Hamas – including imposing closure on the Rafah border crossing, which is the only way out for residents of the Gaza Strip.

The PA. which operates the terminal on the Gaza side, left their posts on orders from Chairman Abbas in Ramallah four days ago and no one has been allowed to cross over except for a few isolated cases.

Abbas apparently succeeded in preventing Ismail Haniyeh, who is in the Gaza Strip, from visiting Russia. Moscow announced on Thursday that the visit was postponed “indefinitely.”

Statements made by the chairman and senior PA government officials, declared, among other things, that “we are now in an all or nothing situation vis-a-vis Hamas.”

Adnan Damieri, spokesman for the Palestinian Authority security services, even described the relationship with Hamas as “Game Over.”

The senior Hamas official in the Gaza Strip told Globes that these steps are intended to push his group towards a confrontation with Israel – a confrontation Hamas seeks to prevent in order not to lose the cash supply from Qatar, to avoid the Gazans’ wrath. Should the money supply be interrupted “indefinitely,” Hamas would be forced to divert attention from the rock-bottom poor economy by escalating the fighting at the border.

In this context, Gazans are angry this month over Hamas’ spending more than $500,000 on celebrations marking its 31st anniversary. According to official documents of the Hamas administration that were distributed over the social networks, Hamas spent more than half a million dollars on the celebrations, on a popular band from Beirut, and a number of mass rallies throughout the Gaza Strip, transportation to said rallies, promotions, flags – $534,350.00 altogether.

The news of this outrageous spending spread like wildfire, arousing great anger in the Hamas camp and, of course, in the general public as well.

In a Facebook post that became viral in the Gaza Strip, “Ali Baba” wrote: “Hundreds of Hamas associates live like kings off Qatar’s money, and to us they throw crumbs, like we were their dogs.”

Amal Habib, a journalist for the Hamas daily Al-Risala, wondered on her Facebook page how Hamas cut 50% of the salaries of its government officials and employees, but allowed lavishing the money on its aggrandizement. 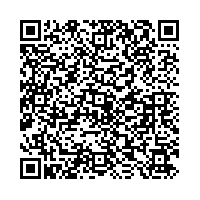