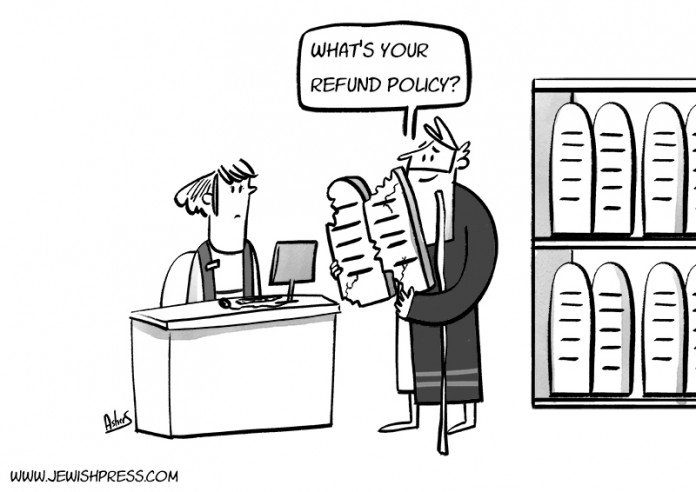 At the end of Moshe’s introductory oration in Devarim, something very strange happens. He performs the commandment of designating the three cities of refuge for manslaughterers on the eastern side of the Jordan.

This is strange for a number of reasons. First – in spite of the truly nice teaching of doing something good even if you can’t finish it – the designation of these cities was only tentative, until the other three could be designated on the western side. Secondly, why now? Moshe received the commandment before he started his speech and presumably even before his discussion with Menashe’s tribal leaders about inheritance at the end of the Book of Bemidbar. If he was really so eager to grab up the commandment as soon as possible, why did he wait until now? Moreover, by giving such an honor to the eastern side of the Jordan – which was not on par with the land God had chosen to give the Jews – was he not perpetrating a slight to the full-fledged Land of Israel?


Using my experience as a teacher and lecturer, I have a suggestion as to what happened: Though I generally have a good rapport with my listeners, there have been a few times that even though I was saying something of extreme importance, my listeners did not seem overly impressed. At such times, I have to admit the temptation to throw a book across the room, to shake the group out of its stupor. Perhaps this is essentially what happened to Moshe here.

Let me explain. Most of Devarim is Moshe’s series of parting lectures to the Jewish people. Two things about them are clearly felt – the first is that they are long, often abstract and sometimes even appear repetitive; and the second is that Moshe accordingly uses diverse tactics to keep the Jews listening. But in this case, it was not enough to just tell a story or give an illustration. Apparently, the situation required something more drastic… like throwing a book across the room! Not out of anger, but because he felt he had to do something to get the Jews to truly focus on what he was saying.

You may wonder what is so dramatic about Moshe’s act here. While it may not be immediately obvious to us, I think it was obvious to Moshe’s listeners – just as it would be to the rabbis many hundreds of years later: I believe that the Jews of the time all understood what is pointed out in the Talmud (Makkot 9b-10a), that since the three cities Moshe separated were to serve about 20 percent of the tribes, they were completely out of proportion (as the other 80 percent would also only have three such cities). The Talmud explains that this is because violence was much more common on the eastern side of the Jordan.

Of course, the Talmud’s rabbis could look at the historical record to make its observation, whereas the Jews in front of Moshe could only surmise that this would be the case. But it was an easy surmise aimed at a target with which Moshe apparently had some unfinished business. When the tribes of Reuven and Gad had requested to settle on the eastern side of the Jordan, Moshe goes into one of his most powerful rebukes. And even when they give him all sorts of assurances that they would help the other tribes conquer the original Land of Israel, Moshe expresses continued doubts.

As the rabbis also point out, Moshe’s concerns about these tribes were borne out. While they did help in the conquest, their relatively lackluster moral behavior after that gave them the dubious honor of being the first tribes sent into exile. Moshe foresaw this, because he knew that it could only have been a tepid level of commitment to God and His Torah that could have brought so great a concern about their property as to seek out “better” land for their livestock. If they may have been too far gone on such a trajectory, it did not stop Moshe from holding them up as an example of what would happen to the rest of the Jews if they did not start paying more attention. That is to say, listen – or end up like these two tribes which Moshe had already compared to the nefarious spies. Right now!

When Moshe was giving his speech, we do not read how the Jews responded. Still, here was an old leader making a long speech to a new generation impatient to get to the other side of the Jordan. In other words, the deck was stacked against him. And yet Moshe had some pretty important things to say, the bottom line of which was, “Don’t be tepid about the Torah!”

If the class is falling asleep, the teacher needs to take drastic action. When Moshe divided the cities, that is apparently exactly what he did.

And don’t forget to listen to my related podcast, Janis Joplin, Bari Weiss and Moshe Rabbenu?