The Regavim movement on Tuesday called on the mayor of Ramla, Michael Vidal, to enforce the planning and construction laws to an illegal structure erected inside a local Muslim cemetery by members of the Islamic movement.

The new structure stands only a few dozen yards from the White Mosque, an ancient Ummayad mosque in Ramla. According to local Islamic tradition, the northwest section of the mosque contained the shrine of a famous Islamic saint, Nabi Salih. The mosque is also known as the Tower of the Forty Martyrs. Muslim tradition dating back to 1467 claims that forty of the prophet Mohammed’s companions were buried in the mosque, which erroneously influenced a Western Christian tradition from the 16th century that the White Mosque was originally a church dedicated to the Forty Martyrs of Sebaste.


About two weeks ago, Mayor Vidal admitted in his response to Regavim that the building iside the cemetery was illegal and contrary to the area’s outline plan. The mayor claimed that “the local committee is taking the necessary enforcement procedures.”

But Regavim argues that the Islamic movement began construction on the site about a year ago, and said construction has continues uninterrupted throughout that period.

It is impossible to miss the intensive construction activity at such a central location in the city.

Regavim attorney Boaz Arazi asked for a Freedom of Information Act access to actual details of the city’s attempts at enforcement inside the cemetery: was an indictment filed against the offenders, has the municipality applied to the courts for a demolition order; and if there is a demolition order against the illegal construction, when is the municipality planning to carry it out.

“Law enforcement must not be buried because of the Islamic movement,” a Regavim press release quipped.

According to their website, Regavim’s mission is to “ensure responsible, legal, accountable and environmentally friendly use of Israel’s national lands and the return of the rule of law to all areas and aspects of the land and its preservation.” 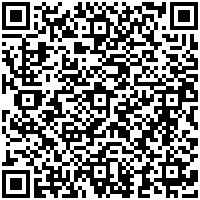