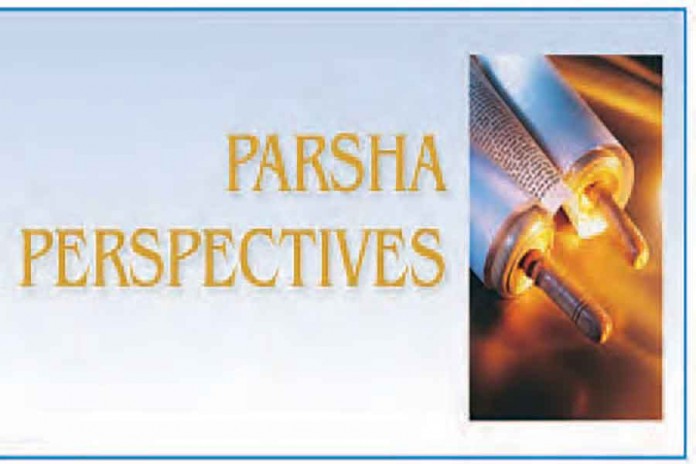 After the passing of the beloved Mirrer Rosh Yeshiva, Rav Nosson Tzvi Finkel, zt”l, R’ Mordechai Grunwald, executive director of Yeshivas Mir and a close talmid of Rav Nosson Tzvi, was asked to deliver a hesped at the Yeshiva Gedolah of Teaneck. Amongst many stories that he told was the following:

Approximately 15 years before Rav Nosson Tzvi’s passing, there was a family from New York who lost their father, a distinguished talmid chochom, and talmid of the Mir. Rav Nosson Tzvi Finkel took it upon himself to ensure that his orphans had a fatherly figure in their lives and told the children to correspond with him through letters, and that they can ask him any question that they have on their minds. Rav Nosson Tzvi kept photos of these orphans in his pocket as a constant reminder of his “other” family.

The children corresponded with him about everything for many years. The boys grew up and Rav Nosson Tzvi helped arrange for them to be in yeshivos in Eretz Yisrael and every Friday night found them by the Finkel family.

After the hesped, a man approached R’ Grunwald and told him, “The story about the orphans doesn’t end there. There was an 8-year-old girl among those 4 orphan boys. Unlike her older brothers, she didn’t know how or what to write to Rav Nosson Tzvi and she was saddened that she didn’t have a close relationship with the Rosh Yeshiva. Then one day her mother handed her a letter from Yerushalayim addressed to her. She excitedly opened the letter and pulled out a hand-drawn picture of a large heart shape with a message to her, signed by Rav Nosson Tzvi on the bottom.

“Since her father had passed away, she never felt so loved. That little girl is my wife. To this day she recalls how happy that letter made her feel.”

When the Torah describes the attributes of Bezalel, the chief architect of the Mishkan, it says, “Hashem filled him with G-dly spirit, with wisdom, understanding and knowledge (da’as)” (Shemos 33:3).

The Rivash defines da’as as basic conceptual understanding, such as “the sum of a whole is greater than its parts.”

The Maharal asks that if the Torah lauds da’as as one of Bezalel’s qualifications for constructing the Mishkan, how can it refer to simple awareness of the most rudimentary concepts?

Rav Yochanan Zweig explains that often individuals who possess genius-level talents in a particular field, lack awareness of basic rudimentary procedures or social norms. At times, those who delve and dabble in esoteric or mystical studies lose touch with reality. Their heads become so lost in the clouds that they cannot relate to basic earthly matters.

The Gemara states that after being childless for many years, Chana prayed for a child that would be average. The Navi teaches that her prayers were answered when her son Shmuel was born.

As a child, Shmuel was already issuing complicated halachic rulings. He was clearly a prodigy who was ultimately blessed with prophecy. He is also compared in stature to both Moshe Rabbeinu and Aharon HaKohein combined. How is his birth a fulfillment of Chana’s prayers for an average child?

What Chana was praying for is a child who would be considered normal by his peers, irrespective of his capacities and talents. This is indeed a blessing as often those who are imbued with special talents and abilities are viewed as eccentric or, even worse, abnormal.

Bezalel was familiar with all of the mystical secrets of Torah. The Gemara states that he had the capacity to recreate heaven and the earth. Yet, the Torah testifies that he did not lose touch with reality; he still possessed “da’as.” While this might not appear to be an accolade for the average person, for an individual whose mind is preoccupied with thoughts that remove him from this world, possessing da’as is a great accomplishment. True wisdom must be accompanied by a strong sense of reality. If the wisdom causes the individual to lose this sense of reality, then the wisdom itself is lacking.

In the aftermath of the egregious sin of the Golden Calf, Moshe accused Aharon of unwittingly misleading the nation and causing the sin (See Vayikra Rabba 7:1). Yet, shortly thereafter, Aharon is appointed as Kohein Gadol. Wouldn’t it seem that Aharon not be appointed for that very reason?

When Yaakov Avinu blessed his children at the end of his life, he conferred the blessing of monarchy on Yehuda. Why was it not given to Yosef, who was the king who guided the entire country of Egypt, and his own family, through very challenging times?

Rabbi Yosef Dov Soloveitchik, zt”l, offered the following explanation: “Only the person who encounters sin, who is subject to fall for short intervals, and also knows the art of rising, of lifting himself up, will understand the people, will have the compassion with the unfortunate ones, with those who stayed, with those who got lost and fell.

“Yehuda disgraced himself twice and yet rose again, [he] will extend a hand to those who trip and fall. He will help them stand up erect again. The saint would have no understanding of chet, and errors, and his sacrificial soul is too sensitive to insist, to demand, and to defend.”

The primary role of the Kohein Gadol was to draw the nation close to G-d through the holy Service, and to achieve forgiveness for the people from their mishaps and sins. It was impossible to fulfill such a role if he was aloof and disconnected from the nation. The Kohein Gadol had to sense his own need for forgiveness and atonement, so that he could relate, and properly intercede for those he represents.

Aharon was selected not despite his unwitting role in the Golden Calf, but because of it!

Rabbi Berel Wein, notes that Shaul HaMelech forfeited his role after a mere two years. In a sense, the problem was that he was too perfect. The Navi describes him as “an excellent young man; no one among Bnei Yisroel was more handsome; he was a head taller than any of the people” (Shmuel I 9:2). He was unable to relate to the foibles and shortcomings of the nation, and it caused him to commit some serious mistakes that rendered him unworthy of the monarchy.

Dovid HaMelech on the other hand, had a vastly different life experience. He was shunned and discounted by his own family. His father described him as “the youngest who tended the flock… ruddy-cheeked, bright-eyed, and handsome” (Shmuel I 16:11-12). No one thought Dovid would amount to much. But his sincerity and yearning for greatness made him the ultimate leader, whose monarchy is eternal. He did not allow his mishaps to destroy him, nor did he ever concede to despair. He is the symbol of hope and persistence and was able to relate to every Jew with patience and righteousness.

The Gemara states, “We do not appoint a caretaker upon the public unless he has ‘a box of insects’ hanging from behind him, so that if he becomes too haughty they say to him, ‘Turn behind you.’” A leader who never struggled, at least on some level, will not be able to relate to his followers.

The greatest of leaders are those who are able, not only to lead by example, but also to lead through experience. Those have been there and done that, can show others the path they followed to achieve greatness. 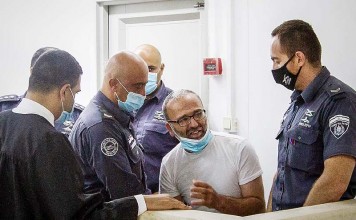