In this week’s parshah, Yosef is the ruler of Mitzrayim and his brothers come to purchase food from him, not realizing with whom they were dealing. On the return from their first trip to Mitzrayim, Yosef’s brothers realized that the money that they paid for their food was returned to them in their sacks of food. Immediately upon their return to Mitzrayim, they were sure that they would be reprimanded for not having paid for their purchased food.

So they confessed to Yosef, and explained to him that they had brought back the money intended for the first acquisition in addition to the money they intended to use to purchase more food. Yosef assured them that everything was okay and that their God and the God of their father must have gifted them by placing money in their sacks. Keep the money, he told them.

The Ohr HaChaim explains Yosef’s response. He says that Yosef was telling his brothers that some other person must have placed the money in their sacks, and that Hashem gave it to them by means of yiush ba’alim (the owner relinquishing his ownership). He was also saying to them that bnei Noach are not commanded to return a lost object that they find.

The Gemara in Sanhedrin 76b says that one is not allowed to return a lost item to a non-Jew. The Gemara speaks very harshly of one who does this. The Rambam (Hilchos Gezeilah 11:3) codifies this prohibition, but adds that it is praiseworthy to return the item if this will make a Kiddush Hashem. Perhaps Yosef’s brothers felt that returning the money would create a Kiddush Hashem, and therefore decided to return the money. Alternatively, they may have felt that if they did not return the money they would be penalized – and perhaps even killed.

Some have asked why the Ohr Hachaim felt it necessary to write that Yosef’s brothers could keep the money due to yiush ba’alim. Why would it not suffice to say that bnei Noach are not commanded to return a lost object that they find?

The Bach (Yoreh De’ah 266) explains that although one may keep a found lost item that belonged to a non-Jew, nonetheless the item still belongs to the non-Jew. The finder does not become the item’s new owner even though he is not obligated to return it. But if the non-Jew had relinquished his ownership before the item was found, the finder would be allowed to keep it.

This is in fact a machlokes. The Machaneh Efraim (Hilchos Gezeilah, siman 31) disagrees with the Bach, saying that one acquires a non-Jew’s lost item when he picks it up – even before he relinquishes ownership.

According to the Bach, perhaps the reason why the Ohr Hachaim says that Yosef told his brothers that the owner had relinquished ownership was because the brothers otherwise would have felt that the money was not theirs to keep. Even though they did not have to return the money, they would not have acquired it. Therefore Yosef assured them that the owner had already relinquished ownership.

Perhaps the reason for this is because the Ramban, in Baba Metzia (Milchamos Hashem 26b), explains that when one finds a lost object he becomes a shomer over the object until it is returned to its owner. Whenever one is guarding an object for another we consider the object to be in the domain of the owner. When an object is in its owner’s domain he cannot relinquish ownership. Ownership can only be relinquished when an item is lost; when it is in his domain it is not considered lost and thus he cannot relinquish his ownership. Consequently, if one finds a lost object before the owner relinquishes his ownership, he must still return the object.

Yet since there is no obligation to return a lost object to a non-Jew, the one who finds it will not become a shomer for the non-Jew. Therefore, even if the non-Jew relinquishes his ownership after the object is found, the finder is permitted to keep the object. It is for this reason that the Ohr Hachaim added that bnei Noach are not commanded to return a lost object that they find. It is this fact that permits one to keep a non-Jew’s lost item, even if the non-Jew only relinquished his ownership after the item was found. 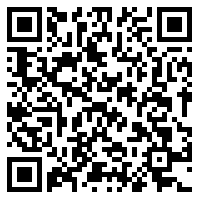