Patience seems to be in such short supply these days, yet it can make a world of difference. This is particularly so in certain kinds of stressful situations whereby we think we only have time to act in a knee-jerk way instead of acting thoughtfully.

I learned much about this last Chanukah when I came down with cellulitis of my left leg and was sent by my doctor to a local hospital’s emergency room. Admittance took more than an hour, and before long I was hooked up to an IV. In the ER, with no privacy, one of the men told me he had been there for over two days. My countenance sank considerably. Getting transferred to a regular room became my most fervent wish.


After a request and a few breaks, I was notified that I would soon be going to a regular room. Joy overcame me. But it would be short-lived, as I would soon be reminded of that old adage: “Be careful what you wish for; lest it come true.”

After being taken out of a wheelchair, and, in much pain gently placed in the bed, I heard across the two movable curtains that separated me from my unseen roommate the jarring sounds of his recordings. A man was seemingly being tortured in the recording, and his screams were desperate. It was like hearing screeching chalk on a blackboard.

Then the screams stopped. Some disturbing rap-type music that included a liberal sprinkling of four-letter words sounded instead. When that stopped, the original annoying cycle continued – at times loud; at other times a bit more tolerable. (When I heard the sounds of torture, I felt like shouting to my roommate, “Turn that thing off!”)

But even in pain from the cellulitis, and despair in what I was hearing, I somehow knew that shouting at and/or demanding something from my anonymous roommate would not be the way to go. So in pain and with disgust, I felt helpless. I don’t like feeling helpless, as I’m a strong believer in taking steps to improve a situation. But since I knew only that he liked listening to obscene and violent programming, I felt powerless.

What would my hospital stay be like? Instead of relaxing, reading and sleeping, and enjoying my wife’s visits while the IV antibiotics worked their cure, I would likely be on edge, anxious, and unhappy – certainly not a prescription for recovery. And how would I pray three times a day in that room? And just my luck: It was Chanukah, and the Festival of Lights could easily turn into Days of Darkness.

I was determined not to surrender to despair. If this were a test from a God who loves me, I would focus on thinking of a way to respond. Reminded of my purpose in this world, and feeling hopeful despite no concrete plan of action, it suddenly came to me as to what my course of action would be. Before I ask him to lower the noise, I had to make contact with him as one human being to another. But how?

After much thought, two strategies came to mind: I formulated an opening statement, and I’d make him an offer. I asked him how he was feeling, and received a reply of “not so good.” I felt compassion for him, having heard the sadness in his voice. Imagine that just moments earlier, I felt disdain for him. But now, I realized he was a fellow human being who was hurting.

Then came my offer. I’d try to help him cope with his struggle, not as a medical expert (which I wasn’t) but rather in human terms. After exchanging names, I assured him that I’d pray for his full recovery. With feeling, he thanked me.

Although still not seeing him, he no longer seemed that distant.

When one of us subsequently got up to walk around, we saw each other briefly and exchanged short, cordial greetings. Awaking from my sleep in the middle of the night, I decided to walk some more. Getting out of bed was very painful and walking was excruciatingly difficult. But I was wrong to think that I was alone in my pain, as I heard my roommate ask me if I was okay. I said that despite the pain while walking, I would give it my best effort. He suggested I ask for a cane to help me walk better. Thanking him, I said that I’d rather remain as independent as possible and walk on my own if at all practical. 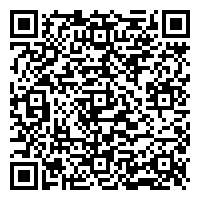