Parshas Tzav discusses various korbanos brought in the Mishkan, including the korban todah, which is brought by people thanking Hashem after they crossed a sea, traversed a desert, emerged from prison, or recovered from an illness.

The korban todah was a korban shelamim that included 40 additional loaves. The kohen would take tithes from all the breads – one bread from each of the four types of bread among the 40 – leaving 36 for the korban.

A normal korban shelamim could be eaten for two days and one night. The korban todah, however, could only be eaten for one day and one night. That means, notes the Abarbanel, that if a person brought a korban todah at 3:00 in the afternoon, he could only eat it with all its breads until morning. But how could a person eat so much with his family in such a short period of time? And why was the korban todah so different from a standard korban shelamim?

The answer is that the korban todah was unique. The person bringing it would publicize his deed and ask friends to join him in thanking Hashem. He would share all details of his salvation, and thus the honor of Heaven would increase. “Let them give thanks to Hashem for His kindness and His wonders…and let them slaughter thanksgiving offerings and relate His deeds with joyful song” (Tehillim 107:21-22). The objective of a korban todah was publicizing Hashem’s tremendous kindness.

The Medrash Vayikra Rabbah states that all the korbanos will be annulled in the future except for the korban todah. The Rebbe of Belz notes that this fact is alluded to in Ma’oz Tzur, which we sing on Chanukah. It says, “Restore My house of prayer and there we will bring a thanksgiving offering.” It is the only korban referred to in this poem.

The Maharal notes that the mitzvah of gladdening the chassan and kallah is so great that it is compared to Matan Torah. Sefer Hi Sichasi cites our sages who tell us that causing a chassan and kallah to rejoice is like bringing a korban todah and rebuilding one of the ruins of Yerushalayim. What’s the connection between a korban todah, rebuilding Yerushalayim, and Matan Torah?

The Maharal explains that marriage is a spiritual union that includes Hashem as a partner. His participation is what makes it possible for it to be strong and last a lifetime for the Shechinah can unify even two opposites. Yerushalayim, too, is a symbol of unity and harmony as it was the gathering place for all 12 shevatim, each of which had a slightly different avodah. And the korban todah – which is brought in response to a wonder through which Hashem demonstrates to the world that He is all-powerful – combines chametz and matzah, which are opposites. The korban todah is the only korban that will remain forever perhaps because of what it symbolizes: unity.

A Jew of limited financial means once asked Maran HaRav Shach if he was halachically obligated to make a kiddush in shul in honor of the birth of his daughter.

The great sage answered that he was not obligated to make the Kiddush. He then said, “May I ask you a question? If you would not have had children for 15 years, can you imagine the pain you would have experienced trying everything possible to have a child?

“Now, can you imagine if after all those difficult years, miracle of miracles, Hashem granted you the zechus to hold a little girl in your arms? Would you then ask me your sheilah? No. You would make a big extravagant Kiddush to thank Hashem for the salvation and great joy He brought. Isn’t that so?” asked Rav Shach.

“If so, when Hashem has eliminated all the pain and anguish, and you didn’t have to wait many years for such a simcha, surely you should make a beautiful Kiddush for the miracle of the birth of a healthy girl.”

As I do every year before Pesach, I call on all my loyal readers and friends of The Jewish Press to help me before yom tov collect money on behalf of the destitute people in our community. Feel the pain of our brethren and take part in this great mitzvah. Let us give chizuk to families and individuals in need so that they can celebrate Pesach with dignity.

I personally distribute the monies from the special Yom Tov Fund I have established directly into the hands of those who are most in need. In the zechus of your contribution, may you merit blessing, success, good health, nachas, happiness, and prosperity. When donating, you may note the names of those in need of shalom bayis, shidduchim, refuah, parnassah, etc., and I will say special prayers on their behalf.

May we be worthy, with all our tefillos, to celebrate a good, healthy, and joyous Pesach, and may we see an immediate end to the current situation that plagues the world. Amen. Please send your contribution to Khal Bnei Yitzchok Yom Tov Fund, c/o Rabbi Dovid Goldwasser, 1336 E. 21 Street, Brooklyn, NY 11210. 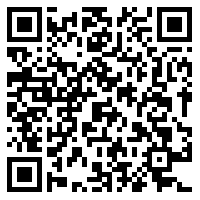