One of the four arrested in Chernigov early in March 1939, was Reb Levi Yitzchok Schneerson. His interrogators asked him, “Who is the Tzaddik Schneersohn who immigrated to Poland?”

“He is my relative,” he replied. “In the past [under the czars], he was a hereditary honored citizen. He is a ‘minister’ of a religious group…who while in the USSR played a leading role among rabbis and other privileged groups of the Czarist era.


“He had a wide circle of relatives and acquaintances, among whom he enjoyed exceptional authority. Despite the present Soviet regime, he created in the USSR a wide network of Jewish religious schools attracting Jewish youth, conducting their education in an anti-Soviet nationalist spirit. For his anti-Soviet activities, he was arrested in Leningrad, but was released from custody, and soon after immigrated over the border to Poland.”

When asked about his uncle, Rabbi Mendel Schneerson, rav of Chernigov (my grandfather), who was arrested at the same time, he replied with restraint, “As a rabbi, he enjoys authority among believing Jews.”

They also asked about Rabbi Mendel’s son, Rabbi Zalman Schneerson (my mother’s brother), who had succeeded in leaving the USSR before Pesach 1935. A few months later, he had visited the Rebbe Rayatz in Poland for the chassidic holiday of Yud Beis Tammuz. Having obtained an entry visa to the United States, he asked the Rebbe for a beracha for his move. The Rebbe Rayatz replied that he was sending him instead to Paris, France.

When the interrogators asked Reb Levi Yitzchok about Rabbi Zalman Schneerson, he replied, “After the Tzaddik Schneersohn left across the border in 1927, Zalman visited Chernigov, where his parents live. At his own expense, he organized a stocking manufacturing cooperative for a narrow group of those who did not want to work in Soviet government employment on Saturdays and Jewish holidays.” Reb Leivik said that he was among those accepted to work there.

The investigators’ report reveals an attempt by Rabbi Mendel Schneerson and Rabbi Gavriel Kagan, together with Rabbi Yehuda Leib Don-Yechiya (who immigrated to Eretz Yisrael in 1936) to build a mikveh in Chernigov. Rabbi Mendel Schneerson had specified how to construct it and its precise halachic measurements. They had requested official permission to build it, as is evident from the latter’s reply when asked whether it was actually built: “No,” he said, “the city council did not permit it.”

During Rabbi Menachem Mendel Schneerson’s interrogation on August 14 – five months after his arrest – the interrogator pressed him to admit to giving anti-Soviet sermons in shul, including saying that “the Jewish people are now in the worst situation.” He denied it.

The interrogator countered that his sermon on February 28, 1931 (eight and a half years earlier), was of “anti-Soviet character.” “Do you admit it?” he asked.

Rabbi Mendel Schneerson replied, “I did preach in the ‘New Bazaar’ synagogue on that date, the eve of the Purim holiday, but I said nothing anti-Soviet.”

On August 28, the investigator demanded that Rabbi Mendel confess to participating in a charitable society.

“What funds did you receive from abroad?”

“While I was in the committee, it received no funds from abroad.”

“You’re not telling the truth. You were directly involved in receiving funds and packages from abroad. You wrote abroad that it’s difficult living here, with the result that foreign organizations sent you packages!”

He steadfastly denied all charges. Nevertheless, he and his fellow arrestees were found guilty of all charges and condemned to exile.

Rabbi Menachem Mendel Schneerson passed away in Kharkov several months later on the 5th of Teves 5700 (the end of 1939) while being transported from one jail to another. His nephew, Reb Leivik, passed away in exile in 1943. Reb Shmuel Shulman’s fate is unknown. Rabbi Gavriel Kagan survived and passed away in Kfar Chabad, Israel in 1972.

May all four be favorable advocates for their families and the entire Jewish people. 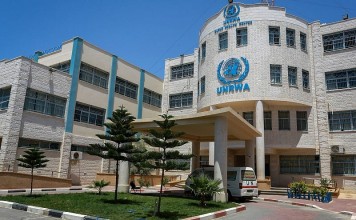 US Transfers $135 Million in Aid to UNRWA