President Trump has only one road to victory, and it would require a perfect storm that at this moment seems unlikely. The goal of the Trump legal team is not to get 270 electoral votes for their client. That seems beyond the realm of all possibility. The goal is to question Vice President Biden the 270 he needs for the Electoral College to select him as president. Since this is a zero-sum game, how is it possible for Biden to be denied the 270 without Trump reaching that number?


The answer to that question provides the clue to what the Trump legal team is trying to do. If enough electoral votes are still being contested by mid-December, and if fewer than 270 electors are certified by their respective states by that date, then Biden could — in theory — be denied the necessary 270. If that were to happen, then the election would be thrown into the House of Representatives, as it was on several occasions in the 19th century.

I am not advocating this strategy or approving it. As a constitutional analyst, I am simply laying out the possibility that our Constitution provides. This possibility dictates the strategy being pursued by the Trump legal team.

Nor am I condemning the Trump lawyers who are seeking to implement this strategy. I just received an email asking me to sign a petition demanding the disbarment of President Trump’s lawyers for their advocacy. That is McCarthyism pure and simple. Lawyers are entitled to advocate all reasonable and ethically permissible strategies that serve the interest of their client. That is what President Trump’s lawyers are doing. They are, of course, obliged to operate within the rules of law and ethics, but I see no evidence that they are not doing so.

This long shot strategy requires, for its success, a perfect storm of favorable court decisions, favorable actions by several secretaries of state, and favorable numbers from recounts and other challenges. It would not be enough to win any one state, even Pennsylvania. There would have to be more than 35 electors not certified in time to vote. That is unlikely in the extreme, but it is theoretically possible.

This perfect storm scenario may explain why President Trump has neither conceded nor called off his legal challenges. But it does not explain why the Trump administration has thus far not cooperated with the Biden transition team. There is no good reason why such cooperation should not be forthcoming, especially with regard to Covid-19 and national security issues. The Trump administration could begin to provide cooperation with the Biden transition team without President Trump conceding or calling off his challenges.

So let the recounts continue. Let the judicial challenges go forward. Let the president say whatever he chooses about the election. These are all part of our democratic system of elections.

But let us move forward with the transition by having the Trump administration cooperate with the Biden transition team. That, too, is the American way. 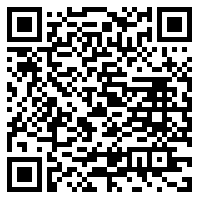