Chabad-Lubavitch, as a spiritual religious movement, remains above partisan politics. The Lubavitcher Rebbe, although encouraging us to vote, never endorsed a particular candidate. We cannot fail, however, to notice how one side in the coming crucial election includes a vocal element that embraces Marxism which aims to steer its party’s policies in that direction.

Lubavitcher chassidim grew up under the shadow of Stalin’s purges and rabid Soviet persecution of chassidim. Our mentors, especially senior chassidic role models, are living testimony to decades of suffering and mesiras nefesh under the harshest conditions, which resulted directly from Marxist policies inspiring the Soviet regime. Thousands of chassidim were tortured in Soviet prisons, many executed by firing squads or expiring from hard labor and frozen conditions in Siberian concentration camps.


Even those never arrested lived lives of constant fear and privation, deprived of basic necessities, often losing close relatives to arrest, exile, and summary execution. These bitter experiences were an integral part of our chassidic education, helping us realize that the Torah’s eternal values are worth giving up all material comforts for – even dying for.

As examples of the excesses of Stalin’s Marxist regime, we share information here from recently obtained excerpts of a transcript of NKVD interrogations of four Jews arrested in Chernigov, in northern Ukraine, on March 8, 1939.

One was my mother’s father, Rabbi Menachem Mendel Schneerson, son of Rabbi Levi Yitzchok Schneerson (rav of Podobranka, Belarus), son of Rabbi Boruch Sholom Schneerson, eldest son of the Tzemach Tzedek, the third Lubavitcher Rebbe. Born in 1874, he served as rav of Repka and later Chernigov. He passed away on December 17, 1939 while being transported from one jail to another.

Also arrested that night were:

1) His nephew (son of his brother Reb Avrohom), Reb Levi Yitzchok Schneerson, born in Podobranka in 1889. On November 17, 1939, he was condemned – “for conducting anti-Soviet propaganda” – to five years exile in Kazakhstan, where he passed away in 1943.

(He is not to be confused with his older cousin of the same name who suffered the same fate, the Lubavitcher Rebbe’s father. My father would say that Reb Levi Yitzchok Schneerson of Chernigov was known as “der kleiner Reb Leivik” in comparison to his illustrious cousin.)

2) Reb Shmuel, son of Boruch, Shulman (the transcript gives his age as 62 and states that he claimed not to be a chassid; he is otherwise unknown to us). Both he and Reb L.Y. Schneerson served as shochtim.

3) Rabbi Gavriel Kagan (born 1889 in Nevel, Russia; passed away in 1972 in Kfar Chabad, Israel). He was a prominent Chabad activist who studied at the original Tomchei T’mimim yeshiva in Lubavitch, and served as shammes starting in 1930 at what was by then Chernigov’s only remaining shul. (He was the grandfather of my friend Rabbi Laibel Alevsky, Chabad shaliach in Cleveland, Ohio.)

The transcripts were obtained after the USSR’s fall by Reb L.Y. Schneerson’s daughter (a first cousin of my mother, previously unknown to us), Margolia Schneerson. Aged 15 at the time, she describes the arrest as follows:

“On the night of March 8, 1939, there was a knock. My parents awoke and opened the door. Several people entered and ordered, ‘Weapons on the table!’ My father had no weapons. They searched carefully for a long time, sorting through every booklet and book… It became known that the same night Mendel Schneerson [rav of Chernigov], my father’s uncle, was arrested… In the morning, after a sleepless night, my mother went to the NKVD, where she was told, ‘Your husband is a spy.’”

Margolia, who apparently never married, was a member of the board of the Chernigov Jewish community from 1989 until her passing in 2008. The researcher compiling the transcript’s excerpts describes her as an “extraordinary modest woman.” For half a century, she sought information about her brother Avrohom who, after being drafted into the Red Army in August 1941, volunteered for a military school in Chernigov for training commandos for sabotage operations, and perished in World War II.

Various government offices always responded to Margolia, “The lists of those killed, wounded and missing [in the war] do not appear.” Starting in 1961, she also sought to get her unjustly-condemned father rehabilitated. Time after time, her requests were rejected, until 1989, 50 years after his sentencing. She was not shown his file, though, until 1994. 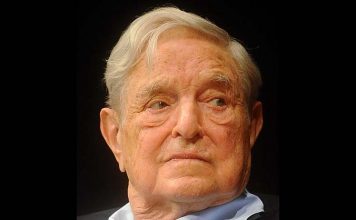