This week’s parsha is not read very often alone, as it is usually attached to last week’s parsha, Acharei Mot. That avoids some confusion because there are numerous traditions as to the proper haftara for Kedoshim.

Most Ashkenazi communities read the section of Amos beginning “Behold you are like the children of the Kushites” (9:7) that is read when the parshiot are combined. Some read the haftara traditionally associated with Acharei Mot when that parsha is read alone – the 22nd chapter of Yechezkel. In the commentary of the Rokeach on the haftarot, that is the Ashkenazi haftara given for our parsha.

The Italians and the Sefardim read in the 20th chapter of Yechezkel of the emissaries who came to meet Yechezkel which, according to Abarbanel, initiated his eight prophetic experiences. That is the portion we will examine here today.

The men who come to meet Yechezkel are described as “Elders of Israel.” Malbim teaches that they were wicked men because had they been righteous, they would have been described as “Elders of Yehuda.” Radak, on the other hand, identifies them with the heroes of the book of Daniel: Chananya, Mishael, and Azarya. This is an interesting contrast because Malbim was certainly familiar with the writings of Radak and in fact often incorporates them into his own commentary.

Whoever they were, these men came with a dubious purpose: According to the Midrash, they were there to ask Yechezkel whether Hashem had truly abandoned His people, and were they therefore free from the yoke of His commandments and of His punishment since they were no longer under His protection. Radak says their concern was really for the fate of the remnant still in Yerushalayim and for the Beit HaMikdash itself.

Whatever their intention, or the question which is not given in the navi, the reply was very harsh. Again and again Yechezkel recounts all of the miracles Hashem has performed throughout history for His people and all of the ways in which they betrayed Him. He returns repeatedly to the theme of observance of Shabbat. The observance of Shabbat explicitly upholds an eternal covenant between Hashem and Israel. Failure to observe Shabbat is a violation of that covenant. The thrust of Yechezkel’s admonition is that the covenant is still eternal, but that the present generation and several previous generations have failed to uphold their part of the agreement and now Hashem will treat them accordingly.

The young king of Yehuda, Yehoyachin, was exiled from Yerushalayim to Bavel along with the elites, including the aforementioned individuals, Mordechai haTzaddik and Yechezkel, the navi of our haftara. The destruction of the Beit HaMikdash and the sacking of Yerushalayim would occur eleven years later. The events in our haftara occur in the seventh year, on the tenth day of the fifth month. This would turn out to be four years to the day before the Beit HaMikdash went up in flames following its destruction on the ninth of Av.

The Shela HaKadosh explains the message Hashem is delivering to the notables of this generation of the Babylonian Exile. Hashem made a covenant with Avraham, Yitzchak, and Yaakov. When Moshe gives his final address to all of B’nei Yisrael, he declares that Hashem’s covenant is with each and every one of us – “those that are present with us, standing here today before Hashem, and those that are not” (Devarim 29:14). The Shela explains that those who are not present have not yet been born but Moshe is addressing them as well. Hashem’s covenant will be fulfilled and He will preserve a remnant of Israel for whom He will perform wondrous salvation in due time. But for the miscreants of the generation of the destruction of the Beit HaMikdash, there will be no salvation and they will pay for their role in its desecration and for the acts of their fathers who seemed to have escaped punishment because Hashem is slow to anger.

While in our parsha, Hashem commands us to be kedoshim, special people who are dedicated to the faithful service of Hashem, in the haftara the navi explains what happens when we fail to uphold that standard. 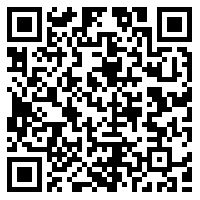