Reb Shaya’s employer once had an impressive business deal to conclude with a client from a faraway land and appointed his trusted employee to travel there and conclude the transaction.

Several days following his departure, the news circulated – the ship Reb Shaya had traveled on was lost at sea and was believed to have sunk to the depths of the ocean. Reb Shaya’s young widow and only child were inconsolable. The townsfolk took pity on them and looked out for their physical and emotional needs.


Before long, an affluent widower was suggested as a shidduch for the poor widow who sought a heter to remarry. Her behest was declined; there were no witnesses to the tragedy and in the vastness of the sea it was feasible for one to swim to the safety of an island.

The widow accepted the ruling with no bitterness of heart and sadly became an agunah with no relief in sight. A few months later the gabbai of Reb Pinchas Koritzer arrived to collect each family’s contribution towards the tzaddik’s wage. The gabbai’s list containing the names of whom he was to visit was kept meticulously updated; the names of those who had passed on from this world were taken out.

Apparently the news of the sinking ship had not reached the ears of the dwellers of Koritz, for the gabbai soon showed up at the almanah’s door. When he announced that he had come to solicit the yearly offering from her husband, the woman stood speechless. Misunderstanding the widow’s emotions, the gabbai assumed the family was experiencing financial difficulties and offered to return at a later time.

When the woman clarified that she had no husband and was in fact an agunah, the disbelieving gabbai insisted it could not be so. The holy Rebbe himself had reviewed the names on the list and had personally crossed out those who could no longer give tzedakkah in this world. As the Koritzer Rebbe had left the name intact, it was a sure sign that Reb Shaya was alive and well.

“Why then has he not returned home to me?” asked the bewildered woman. The gabbai advised her to ask the Rebbe himself. The almanah wasted no time and set off for Koritz, to personally unburden her heavy heart to the tzaddik.

When she ended her tale of woe, Reb Pinchas Koritzer assured her that if her husband’s name was on the list, he was among the living somewhere in this world and advised her to be patient for it was not always simple for one rescued at sea to return quickly.

It was another several weeks before someone came to the home of Reb Shaya to gently break the good news to his wife: her husband would soon be coming home to her.

Upon his jubilant return, Reb Shaya had an amazing story to tell. As the ship began to submerge, he had reasoned that he’d have nothing to lose by diving into the sea. Reb Shaya began to swim without holding out much hope for survival – when suddenly he spotted a large barrel of olive oil “swimming” towards him.

Reb Shaya was able to cling to the barrel and to life and allowed himself to be carried along, until he found himself on dry land – a small island with few inhabitants. Here he awaited the boat that he was told visited the island once a year, to be able to make his way back home. As Reb Shaya expressed his hakoras hatov for G-d’s great miracle, he had no doubt that the barrel of olive oil was sent to him due to the mitzvah he had undertaken to consistently provide light for the shul with shemen zayis. 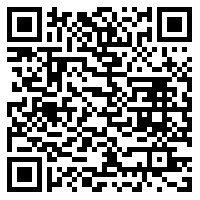