Temple Fest is the event held for new Temple students to become acquainted with the school’s wide diversity of activities and organizations on campus. The myriad organizations set up tables at which literature is distributed and at which members of the organizations describe to new students why they should be interested in becoming members.

Daniel Vessal, a new CAMERA on Campus fellow, claimed that after he attempted to speak to a group of students at the Students for Justice in Palestine table, he was verbally and then physically assaulted. He said he was punched in the face by one of the students at the SJP table, and that others seated there yelled anti-Semitic taunts such as “kike” and “Zionist pig.”

The SJP’s long, rambling, and at times incoherent statement described what happened as an “unfortunate incident.” It claimed that Vessal is a “former student” (he is a current student) and said that the student who struck Vessal is “not a member of Students for Justice in Palestine.”

Although it states “Temple SJP condones this act of physical violence,” it appears from the context that the SJP meant to write, at least, the opposite.

SJP took the position that Vessal was the one who was not interested in “constructive debate,” claiming he “objected to SJP’s very existence and constitutional right to free speech and assembly.” It is their contention that Vessal was harassing them, saying that the SJP “support terrorism and other racist anti-Palestinian statements.”

It also claimed that SJP relies on civil disobedience and nonviolent protest and “does not infringe on the civil rights of other people, including those who disagree with SJP’s beliefs.” There are many who would take issue with that statement, including the four pro-Israel students who were summarily ejected from a Boycott, Divestment and Sanctions lecture at Brooklyn College, based on false claims by an SJP leader who lied about their being disruptive and rude.

According to Temple ’14 SJP student Samantha Pinto, who claimed to be an eyewitness, “this guy wanted to start trouble and insult us. He was calling all Palestinians terrorists and calling us stupid.”

Pinto continued: “I heard him say Israel is not occupying Palestine, but that Palestinians are occupying Gaza. I started laughing at the sheer absurdity because Palestinians are indigenous to Gaza and also unable to leave because of the inhumane siege Israel has maintained since 2007.

“I heard him say ‘You’re sitting here laughing like idiots!’ He aggressively moved closer to me as he said this. It was then that “B,” who is not an SJP member, slapped Vessal. His sunglasses fell to the ground, but he did not,” Pinto said.

Finally, the SJP statement denies vehemently that any anti-Semitic slurs were used. As support for their contention that SJP members did not use such verbal assaults, the group pointed out that SJP has collaborated with Jewish Voice for Peace (a virulently anti-Israel organization), and that there are Jewish members of SJP.

The student who allegedly “slapped” Vessal, said he was “sorry” for what he did,” and admitted he lost his temper, but claimed he did it because Vessal “kept saying ‘you’re protesting for terrorists,  your whole table is pro-terrorist information.”

Temple University officials state the matter is under investigation. 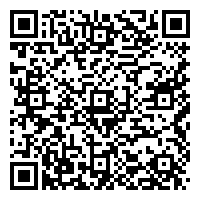