The summer season we pined for on those dreary, shivery winter days is all but coming to a close. What better way for reality to sink in than the call of the shofar that wrests us from our repose on the first of Elul, reminding us that we have serious work ahead. Luckily we get thirty days to pull ourselves together, so that we have a leg to stand on when we petition Hashem on the Yom HaDin to grant us mechila for our shortcomings of the past year.

On this Shabbos Parshas Re’eh we bentch Rosh Chodesh Elul, which falls on Yom Shlishi and Yom Revi’i (August 6 and 7). Elul may be the last month of the year but it nevertheless has tremendous significance, for it recalls that solemn time in our history when Moshe Rabbeinu pleaded with Hashem on our behalf and aroused divine mercy and forgiveness for Klal Yisrael.

Moreover, the 25th day of Elul commemorates the creation of the world (the first of the six days of creation). The first day of Tishrei marks the beginning of a new year – Rosh Hashanah – as man was created on this (the sixth) day of creation, along with his potential for infusing the world with kedusha.

On the 28th day of Elul (the fourth day of creation) when Hashem created the sun, the moon and the stars to shed light on earth, the moon took exception at having to share the spotlight with the sun. Its Creator’s response was to promptly cut the moon down to size, but in His benevolence Hashem made it up to the moon by designating erev Rosh Chodesh – when the moon is in its smallest phase – as a day of forgiveness for Klal Yisrael. Erev Rosh Chodesh has ever since been known as a day of special prayer and fasting, and an auspicious time for prayer at the gravesites of tzaddikim to channel blessings from Above through the righteous departed souls.

Speaking of righteous souls, the following are some of the yahrtzeits observed in Elul:

The most prominent among the names of tzaddikim who passed on in Elul (many more than listed here) is undeniably Shaul HaMelech, the first king of Israel — chosen by G-d and anointed by Shmuel HaNavi.

The intriguing story of Shaul HaMelech lends much relevancy to this time of year. Tanach depicts Shaul as a figure of exceptionally fine character. He was righteous, learned and kind-hearted, and stood “taller than the rest.” But above all it was his very humble nature that moved Hashem to appoint him first king of the Jewish people.

His modesty was such that when Shmuel HaNavi first apprised him of his impending kingship, Shaul felt himself unworthy of such stature and did not speak to anyone of the honor about to be bestowed on him. He was thus rewarded with having Esther HaMalka as his descendant. 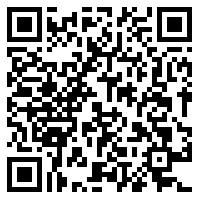