Nissan, the first month of the lunar year, offers us hope as it signals birth and renewal and commemorates our freedom from oppression. The awesome wonders and miracles we witnessed in the process of our redemption are testimony to the love and endearment our Father in heaven has for His nation.

It is no coincidence that Nissan marks the start of spring, when nature comes alive in all its glory. Pesach, among its other names, is also known as Chag Ha’Aviv (the holiday of spring). In fact, the season is so intrinsic to the Yom Tov that every now and then we will celebrate an extra Adar to ensure that Pesach is celebrated in springtime.

The letters of Aviv add up to 15 – a significant number when you figure that we were freed from Egyptian bondage on the 15th of the month, that the Haggadah relates 15 maalos tovos that Hashem conferred on us, Shlomo HaMelech was of the 15th generation, Dovid HaMelech composed 15 Shir Hamaalos, and a full moon evolves on the 15th day of the Hebrew calendar month.

Reb Menachem Mendel of Lubavitch, known as the Tzemach Tzedek, was the third Chabad rebbe;hismaternal grandfather was the renowned Baal HaTanya. The Tzemach Tzedek, whose yahrtzeit is observed on the 13th of Nissan, was widely known for his Torah erudition, which he would attribute to the Baal HaTanya who blessed him that once he would see (learn) something, he would never forget it. (Since Reb Menachem Mendel’s mother passed away when he was a young boy, his grandfather took him under his wing.)

A woman once came to the home of the Tzemach Tzedek to unburden her heavy heart over her bitter lot in life. Her husband had left one morning some years earlier and hadn’t been seen since.

The rebbetzin took pity on the distraught woman and offered to let her stay in their home and assist with the household duties. The agunah was grateful for the reprieve but could not be mollified over her status as a chained woman. When the rebbe’s advice was sought, he answered that she should have patience and wait a bit longer.

One day a man came to request an audience with the Tzemach Tzedek. But as soon as he stepped over the threshold to the rebbe‘s private room, he screamed and collapsed in a heap on the floor. Needless to say, a tumult ensued as everyone rushed about trying to revive the newcomer.

As the man came to, the rebbe called for the agunah. This time it was she who almost passed out as she beheld the vision of her long-lost spouse. Their eyes met and the man promptly admitted that he was her husband.

After ascertaining that he was indeed one and the same, the rebbe summoned the dayanim and the get process got underway – to the tremendous relief of the soon-to-be freed woman. But questions remained to be answered, and the flummoxed unexpected visitor found himself surrounded by a handful of curiosity seekers. He began his tale…

“When I left my wife, I wandered far away from the Jewish center and settled among non-Jews, where I gradually adopted their customs and abandoned a Jewish way of life. Eventually I married a gentile woman, and as I grew successful in my business my past life and the wife I had left behind became a forgotten memory. That is, until on my way home from the market one day I suddenly encountered a Jewish man who shook his cane at me and scolded: ‘Berel, you left a wife back home alone! Don’t you think you should return to give her a get?’

“I was astounded, first to be called by my Jewish name which I hadn’t used in years, and second that a Jew should have found me in this far-flung place. But before I could react, he was gone.

“I put the incident out of my mind, deciding that it couldn’t have happened and was probably just a figment of my imagination. And then it happened again. This time the stranger was indignant and let me know in no uncertain terms that it was high time to return and free my wife from her agony.

“I shook with fright as I realized that this was not a dream. The life I was leading suddenly became repugnant to me and I found myself yearning to return to my roots. But how…? I figured I’d ask the man when he would next appear to admonish me.

“Sure enough, within a few days he came again. Incensed this time around, he declared that if I didn’t return to give my wife a get he would use his cane to split my head open. Quickly, while I still had the chance, I asked my question: ‘Where am I to go?’ He answered, simply, ‘To Lubavitch.’

“Wasting no more time, I set out towards the Jewish districts and made some inquiries. The Lubavitcher Rebbe was highly praised by all and I figured that such a great man would be able to direct me. This is how I arrived here. But I was dumbfounded to find that the rebbe was the one who had appeared to me those times, the one who had convinced me to come back…”

With the help of the Tzemach Tzedek, Berel embarked on a road of return to the life he was meant to live as a Jew and became an earnest Baal Teshuvah.

Unlike Berel in this story, the Jews in Mitzrayim retained their Hebrew names (our given name is linked to our neshama and is a vital component of our life force), as well as their language and their dress code – which made them worthy of redemption.

By the time we bentch Rosh Chodesh, we should be well on our way to having swept all the chometz out of our homes. Divesting ourselves of every vestige of puffed up leavened dough – analogous to our pride and ego – primes us to sit at the Seder table with humility, to identify with our forebears who were slaves of Pharaoh in Mitzrayim, and to fully appreciate the miraculous sequence of events that led to our deliverance. 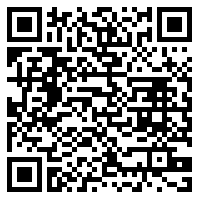