A mere whiff of spring in the air propels us into action as we get down to the task of earnestly ridding our environment of the old and stale, in readiness and anticipation of Pesach.

Nissan is the first month of the lunar year and signifies rebirth, the beginning of life. Pesach, Chag Ha’Aviv, is also alluded to in the Torah as Chag HaMatzos – in divine testimony of G-d’s affection for His children who hurriedly left Mitzrayim at His directive, with but a few hastily baked matzah rounds on their backs.

The word matzah (mem, tzadik, hei) is an acronym for “mikol tzara hitzilanu (from all my troubles He has saved me)” …in the merit of achilas matzah, of consuming matzah.

Reb Nachum, the proprietor of an inn a small distance away from Sanz, was known for his kindliness toward his patrons. When a haggard-looking man in tattered clothing came by one day, Reb Nachum’s compassion moved him to pay extra heed to the indigent’s requirements in the way of food and comfort.

After his guest had eaten and was about to take his leave, Reb Nachum suggested he stay the night and additionally offered him a monetary donation. The patron declined his host’s generous overtures by asserting that he was not a beggar and had no need for pity or charity.

“As a resident of the large city of Budapest, I enjoyed success as a prosperous merchant,” he explained. “One day, to my dismay, I found a substantial sum of money missing from a table drawer and immediately suspected the poor Jewish girl employed in our household. Since she was of shidduch age, I presumed she had taken the money in desperation and had justified the theft with the logic that the loss wouldn’t hurt me much and would even benefit me with the mitzvah of hachnossas kallah.

“When I confronted her, the color drained from her face. I offered that if she returned the money she had stolen the matter would be promptly dismissed and she could continue to work for us. On the other hand, if she chose to turn me down, she would not only lose her job but the whole incident would end up hurting her chances for a shidduch.

“My wife and I took the girl to our rav and she tearfully maintained her innocence. He determined that despite a lack of solid proof of her guilt, we were not obligated to retain her in our employ. And so we let her go. She returned home to her poverty-stricken parents where the stress of the embarrassing ordeal took a severe toll on her health. Before long she passed away and was talked about as having suffered a bitter fate due to her transgression and untruthfulness.

“Not long thereafter, I discovered the ‘stolen’ money that had apparently slipped behind a drawer. Horrified at the torment and humiliation I had inflicted on a virtuous Jewish girl and the dreadful fate she had suffered as a result, I harnessed my horse forthwith and set out to my rebbe, Reb Meir of Premishlan, to whom I unloaded my deep anguish. 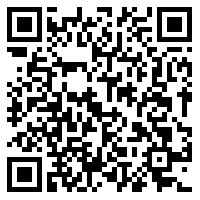