The Obama administration, ever eager to hand out more benefits to the enemies of Israel, the United States, and the rest of Western Civilization, is now planning to help Iran obtain access to U.S. dollars — which will help Iran buy more on the international markets, the Wall Street Journal reports today.

This concession by the U.S. to Iran is apparently being made because Iran has asserted that the unsigned, non-binding deal Iran entered into last year with the United States and other countries does not provide enough benefits to Iran.


At the same time that the Obama administration is trying to figure out how to give Iran access to U.S. dollars, the administration’s own Treasury Department still maintains that the entire Iranian banking system is one big “primary money laundering concern.”

Money laundering is a financial transaction designed to conceal what money is used for or where it came from. President Obama’s Treasury Department, not yet having completely unmoored itself from reality or common sense, sees Iran’s financial system as a money laundering operation because Iran moves money around to support a variety of programs that the rest of the world asserts – usually – are impermissible for Iran to engage in, such as funding terror organizations all around the world like Hezbollah and Hamas, as well as Iranian missile programs that some still believe Iran is barred from operating. To accomplish this, Iran conceals the true sources and uses of the money. That’s the money laundering.

Surprisingly for the most powerful economy in the world, the big worry here is not only that Iran will be unhappy with the U.S., but also that a continued ban on Iranian access to dollars “will ultimately drive business activity away form the U.S. financial system.” To say that more clearly: While the U.S. might prefer that Iran not engage in all these transactions, it’s going to do so anyway, and if we don’t help, Iran will simply conduct the transactions in another currency. Since we can’t beat ‘em, we might as well join ‘em.

The combination of these two pressures is apparently simply irresistible to the Obama administration, and as a result, in March, Lew told a congressional committee that the administration “will make sure Iran gets relief” from restrictions that limit its access to dollars. The relief will come in the form of changes in Treasury regulations, so no pesky Congressmen, or annoyances like a vote of the U.S. legislature, will be involved.

A few of those irritating Congressmen have complained to the administration about these proposed changes. They’ve written angry letters to President Obama and Secretary Lew. Those letters have had as much impact as your letters to The New York Times about its coverage of Israel.

Of course, readers with long memories may recall that back in the summer, when the Iran agreement was not yet an unsigned unbinding – usually – deal, Lew said this about the agreement’s impact on Iran’s access to dollars: after the agreement becomes final (he did not tell us it would be unsigned, of course, or non-binding, at least on Iran) “Iranian banks will not be able to clear U.S. dollars through New York, hold correspondent account relationships with U.S. financial institutions, or enter into financial arrangements with U.S. banks.” 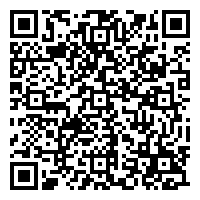