Our haftarah is replete with messages of the merits of trusting in Hashem and the disadvantages of trusting in man. This affords us the opportunity to discuss the topic of bitachon, trust in G-d, especially as it relates to Shabbos.


Keeping Shabbos requires us to have great trust in Hashem – giving up potential earning opportunities is not an easy thing to do. Baruch Hashem, today’s society has established Saturday as a day off, so most of us don’t face this challenge, however, the nisayon still exists for those who own stores and businesses that would benefit from weekend shoppers.

In the early 1900’s, many Jews in America faced this test. Many went without jobs or had to look for a new job every week because they were unwilling to work on Shabbos. Throughout history, there were many non-Jews who would make fun of those who kept Shabbos. They would say, as Rav Tzadok HaKohein of Lublin (Pri Tzadik, Terumah 11) describes, that Jews have been doubly “deceived” by G-d because, “kol mah sheyigei’im b’yemos haShabbos, ochlim b’Shabbos,” not only are they not allowed to work and make money on Shabbos, but all the money they earn during the week, Hashem commands them to spend on oneg Shabbos. Thus, they claim that we end up losing money by keeping Shabbos.

Rav Tzadok points out that this claim actually saved Klal Yisrael during Roman times. Milah 17a describes a Roman decree that forbade the observance of Shabbos. Rabi Reuven ben Isterovli got a Roman style haircut and went to sit among Roman officials. During the discussion, he noted that when one has an enemy, he wants him to become poor, thus it would be better to let the Jews keep Shabbos so that they would become poor by not working. Rabi Reuven’s argument was accepted and the decree against Shabbos was rescinded.

Of course, we know that we lose nothing from keeping Shabbos. We have bitachon that any profits we think we might have gained on Shabbos were not ours to amass. They would be lost to other expenses created as a consequence for our violation of Shabbos. We also know that Shabbos is the source of all of our blessings and of our parnassah; there is never a loss from keeping Shabbos.

Rav Tzadok explains that this is why we recite Tehillim 23, Hashem Ro’ee lo echsor, at all of our Shabbos seudos. Most of us only have this custom during Seudas Shlishis, but the Arizal says we should say at all three. In it we emphatically state that Hashem is in total control of our financial success. He is Our Shepherd who provides for His sheep and we will not lack, lo echsor, by keeping Shabbos and refraining from work.

This is reinforced further, says Rav Tzadok, by the Midrash Shocher Tov who applies this perek to the mahn we ate and the well of water we drank from in the desert. We say it on Shabbos as a reminder that just as Hashem directly supplied us with all our needs during the 40 years of sojourn in the midbar, so too, Hashem takes care of all our needs today – though not in so open a fashion.

Rav Avrohom Schorr explains that this is why we are not halachically permitted to discuss business matters on Shabbos. It’s not merely that it takes away from the spirit and menucha of Shabbos. Discussing business matters on Shabbos is directly opposed to the idea that Shabbos is designed to strengthen our trust that Hashem provides us with our salaries. Performing hishtadlus on Shabbos negates the power of bitachon we are trying to generate.

Further, he says, whenever we eat, we face a spiritual danger of ascribing our attainment of the food to our own efforts, to feeling a sense of kochi v’otzem yadi, through our own power. To counteract and actually preempt such thoughts and feelings, we wash and raise our hands to Hashem, reminding and displaying to ourselves that we have nothing without Hashem Yisbarach. This is one of the insights as to why we use the phrase netilas yadayim when referring to washing our hands. A literal translation of washing our hands would be rechitzas yadayim.

Some explain that we say netilas because the word natal means a washing vessel in Aramaic. But a deeper answer is that netila really means to take one’s hands. Where are we taking them? As we have been discussing, we are taking them out of parnassah, we are saying that it is not our hands which have given us any wealth or food – it is only Hashem Yisbarach. So, we raise our hands towards heaven and remove them from the picture. Hashem provides for us and we do not. This adds greater meaning to the Zohar that teaches that it is a mitzvah for a person to daven for his parnassah every day before eating.  Sefardim commonly recite Tehillim 23 after every Hamotzi, thus praying for food and learning Torah at the table (Mishna Berurah 170: 1).

Within the theme of bitachon, we find another explanation for saying this perek, especially on Shabbos. The Bnei Yissachar (Maamarei Shabbosos, 8:17) says that the Arizal established the custom to recite/sing this perek at Seudas Shlishis to acknowledge the fact that although Gehenom does not operate on Shabbos, in a short time its gates will reopen and the Middas HaDin, the attribute of Hashem’s Justice, will once again be activated. Tehillim 23 describes the acceptance of punishment and suffering as being from Hashem and our trust that all He does is for the good. This is what is meant by the words, “Shivtecha u’Mishantecha heimah yenachamuni, Your stick and Your rod comfort me.” We take comfort in the fact that all suffering comes from You and we fully accept it.

We are now equipped to say Mizmor L’Dovid on Shabbos with great meaning. 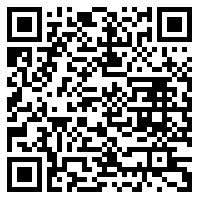