Russia warned Iran ahead of Israel’s massive attack on its bases and facilities inside Syria, according to the London-based Arabic-language newspaper Asharq Al-Awsat on Friday. A source close to Iran’s National Security Council told the newspaper that Russian Deputy Foreign Minister Sergei Ryabkov arrived in Tehran on Wednesday and met with Iranian officials on Syria.

Western diplomatic sources told Asharq Al-Awsat that Prime Minister Netanyahu, who happened to be visiting President Putin in Moscow that same Wednesday, was seeking Putin’s long-term “freedom of movement” permit, to be able to keep hitting Iranian targets in Syria in order to prevent them from establishing themselves on the ground, setting up missile bases or factories, or handing over missiles to Hezbollah – without the IDF forces becoming entangled with the Russian army.

The issue of the Russian-made S-300 missiles is believed to have been raised at the meeting as well. Russia has shipped the systems to its Khmeimim base, south-east of the city of Latakia in Syria, but has not yet delivered them to Damascus, in deference to Israel’s objections.

Netanyahu himself told the accompanying press on Wednesday that his meeting with Putin “carries a special message, in light of what is happening now in Syria, we must ensure continued security coordination ongoing between the Russian army and the IDF.”

According to Asharq Al-Awsat, Ryabkov met with senior Iranian officials and conveyed to them what Netanyahu had told President Putin that same day in Moscow. The newspaper, which is considered a close affiliate of the Saudi regime, Netanyahu presented Putin with documents showing Iran is building missile factories in Syria and is strengthening its rocket force in that country. Netanyahu also told Putin that Iran intended to fire missiles at Israel, and made it clear that the IDF would respond with force to any attack.

Former Israeli ambassador to Moscow Zvi Meghin said on Wednesday that Israel’s attacks on Syria were not necessarily bad for the Russians and seemed to serve their interests. “Today, May 9, Russia celebrates the anniversary of the victory over Nazism in 1945, a symbolic and complex day,” Meghin said in a radio interview. “Putin is holding the celebrations as he faces crises in Europe as well as in Syria. It is true that Iran and Russia are allies in Syria, but there are differences between them about the future control of this country, and who gets more spoils.”

Asked about the fact that the Israeli attacks in Syria were serving Russia, Meghin replied: “It seems to be the case. […] The Iranians are not in a good position today, they are in a sensitive situation, and do not know how to act, especially about Israel.”

Meghin said he believed the talks between Netanyahu and Putin were “an attempt to create a future settlement with the Iranians in Syria. The Israeli, Russian and Iranian players will have to understand each other and discuss the future of Syria; therefore, the meeting is being held in order to try to advance Putin’s initiative.”

On Putin’s insistence that Netanyahu observe the military parade with him Wednesday, Meghin said: “Putin is under pressure today; he is an outcast and has been severely punished for Ukraine and Syria. The West is not talking to him. Now a well-known leader in the Western world comes to him and shows him respect, and that’s important to him.” 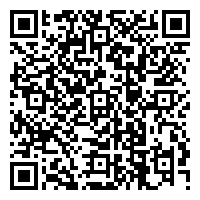