Our sages teach us that Adam was so great that the angels wanted to sing praises to him. All of creation served him, and he was able to see from one end of the world to the other. His two sons, Kayin and Hevel, were prophets. Yet, Hevel was killed by his own brother, Kayin, and died a very violent death.

In fact, Kayin didn’t know how the neshamah exited the body and therefore inflicted numerous wounds until Hevel died. R’ Nissim Yagen asks: Why do we need to learn of this brutal bloodshed? Don’t we generally try to shield children, and even older people, from violence?


The Torah records that when Hashem created Adam, He said to the angels (Bereishis 1:26), “Let us make man in our image, in our likeness…” The angels asked, “Who is man that You should remember him?” Angels sing praise to Hashem constantly. They never tire, nor do they eat or sleep. Our sages tell us that the splendor and holiness of the sun’s paean is so breathtaking that man would grow deaf if he heard it. How much more so, then, the song of the angels.

Rashi tells us that even though the words “Let us make man” can be misconstrued by heretics – who can claim that Hashem had assistants when He created man – Hashem insisted on including these words in the Torah to teach man proper conduct and humility. Just like Hashem sought the counsel of angels, a great person should ask the advice, and seek permission, of a smaller person. (A rebuttal to heretics appears in the next pasuk, which states, “And Hashem created man.”)

To the angels’ question, “Why do You need man?” Hashem responded, “His wisdom is greater than yours.” Indeed, the angels were unable to name the creations that Hashem brought before them, but Adam HaRishon was. Man is given tremendous powers, and if he plumbs the depth of the Torah and prayers, he can ascend to the highest spiritual heights. He can understand the inner essence of people and creation. Adam was able to fathom the characteristics and inner essence of all the animals and creatures, and he named them accordingly.

It’s interesting, though, that the first man was called Adam. One would have thought that he would have been named after his spiritual aspect – Ruach Elokim (Spirit of G-d), for example. Or Neshamah (Soul) or Sar HaMalachim (Ruler of the Angels).

R’ Simcha Zissel of Kelm notes that every object is identified by its main component. For instance, although buttons are needed to fasten a coat, we say, “The coat has buttons,” not “The buttons have a coat.” So why, then, was the first man called Adam after the earth (adamah) from which he was created?

The answer is that Adam was aware of his spiritual power and potential. But he also recognized that with one sin he could fall, lose his olam habah, and be lower than the most base creature. By calling himself Adam, he gave himself a constant warning that with one aveirah he could be like the earth.

Our sages tell us that Kayin and Hevel chose their respective occupations. They could have had anything they wanted, but they wanted everything – to own the entire world. Initially, Kayin and Hevel divided the world between themselves. Kayin took the land and Hevel took all the objects on the land. But then Kayin didn’t give Hevel permission to stand on his land and told him to fly away.

Hevel retorted that Kayin’s clothing belonged to him and he should take them off. They fought as even the whole world was not enough to split between them. Kayin, a prophet, sank to the lowest level and committed murder.

We learn all this in the very first sedrah of the Torah so that we understand our mission and destiny. We learn about the greatness of man and his untapped potential. We also learn that if a person is not vigilant and doesn’t guide his life according to Torah and mitzvos, he can fail at any moment and sink so low that he does the unthinkable.

The great tzaddik, R’ Bentzion Halberstam of Bobov, was once addressing a group of young students, and told them: “Dear children, now is the time to work on your middos. If you will wait till you get older, it will be very difficult to change.”

An elderly man had been sitting inconspicuously among the students, and when the tzaddik finished speaking, he approached Rabbi Halberstam and said, “You didn’t clarify at what age one becomes an elderly person.”

The Bobover Rebbe responded, “A person is called old from the moment that it’s difficult for him to bend over and humble himself.” 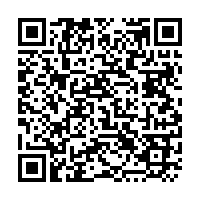