One of the most powerful images in the Torah is that of Yaakov struggling with a mysterious being (ish) before his anxiously awaited meeting with his brother Eisav (Genesis 32:25). The term used to denote this struggle is v’yeavek.

Rashi first gives a literal reason as to the use of this unusual term. He points out the word comes from the word avak – dust. When people wrestle, dust physically rises from the ground.


Physical confrontations have always been a part of our national psyche. Throughout history our enemies would try to destroy us. In fact, Ramban points out that when the enemy cannot prevail, they attack our children, which is exactly what the ish striking Jacob’s loins symbolizes.

Rashi offers a second suggestion. The word avak interchanges with hibuk – embrace. According to this interpretation, the Torah does not record a physical confrontation but rather a meeting of embrace between Yaakov and the ish.

In reacting to this interpretation, the Ketav Sofer, Rabbi Avraham (son of the Hatam Sofer), explains that this idea has resonated powerfully throughout history. There are times when the ish, representative of the outside world, would try to openly approach the Jew with the intent of convincing us to assimilate.

Not only did this concern apply in the times of the Ketav Sofer, it resonates strongly today. The soul of the Jewish people is at far greater risk than its body; and without a soul, we will lose our direction and identity.

Ketav Sofer emphasizes that the struggle between Yaakov and the ish concludes with the Torah’s description of Yaakov limping as the sun rose (Genesis 32:32). Precisely when the sun is glowing and the darkness of oppression diminishes, Jacob – the Jew – can spiritually limp and is in spiritual jeopardy.

Of course, in our times we pray that there be no darkness of exile. But in a society of freedom other challenges surface. For example, throughout Jewish history whenever the darkness of anti-Semitism prevailed, the marriage of non-Jews to Jews was verboten. In America today, intermarriage has become commonplace.

Hence the challenge for our times: We must re-focus our priorities solely from Jewish defense to Jewish spirituality, to radically reprioritize communal resources to the spiritual and educational spheres.

The ish‘s embrace of Yaakov warns us that while combating continued anti-Semitism and terrorism is a critically important objective, especially in these times, we must never lose sight of the fact that this effort must be taken alongside the goal of the stirring and reawakening of Jewish spiritual consciousness. 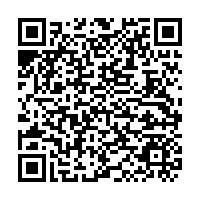