Two soldiers were injured Friday morning just before 7:30 AM in a ramming attack near the Kfar Adumim junction on the Jerusalem-Dead Sea Highway. The terrorist was killed.

The attack happened at the bus stop next to Kfar Adumim, east of Maaleh Adumim.


The soldiers are currently listed in light to moderate condition.

The terrorist was shot and killed. An IDF bomb squad determined that the attacker was not carrying explosives. 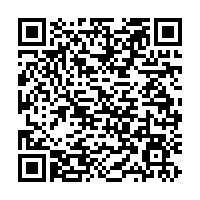