The Medrash Tanchuma cites R’ Yehoshua from Sichnin who said in the name of R’ Levi that Hashem showed Moshe Rabbeinu every future generation and its leaders, judges, officers, and kings. When Moshe saw that Shaul HaMelech and his children would be killed, he asked, “Ribono Shel Olam, the first king that you establish for your nation falls by the sword?”


“You’re asking me?” Hashem replied. “Go speak to the kohanim he killed. They are his accusers because he killed the kohanim of Nov.”

David HaMelech had already gone for three days without food as he fled for his life from Shaul HaMelech. When he came to the city of Nov Ir HaKohanim (the city of Kohanim), Achimelech, the kohen gadol, provided him with the lechem hapanim to eat, and David was revived. Before continuing on the way, David asked Achimelech for his sword so he could protect himself, and Achimelech gave it to him.

Do’eg Ha’Adomi, who observed this interaction, told Shaul that Achimelech was sheltering the enemy and rebelling against him. The news infuriated Shaul, who accused Achimelech of siding with his enemies. Achimelech insisted that David was Shaul’s loyal son-in-law and would never try to overthrow his kingdom.

Shaul paid him no heed, however, and ordered the inhabitants of Nov killed. When his men hesitated to execute this order, Do’eg took it upon himself and killed all the men, women, children, and livestock in the city. Our sages tell us that the lashon hara of Do’eg precipitated the murder of the people of Nov, the death of Shaul, and Do’eg’s loss of his olam haba.

Kohanim – the icon of pursuers of peace and lovers of peace – are dedicated to lengthening the longevity of the Jewish people. In Birkas Kohanim, they bless the Jewish nation with children, riches, wisdom, grace, loving kindness, sovereignty, and peace. Since Shaul killed the kohanim, his life was shortened with a sword, an instrument designed to shorten man’s life.

The Talmud (Sanhedrin 104a) cites Rav Yehuda who said in the name of Rav: If Yonasan would have given David HaMelech two loaves of bread, the entire city of kohanim would have been saved, Shaul along with his three sons would not have been killed, and Do’eg would not have lost his share in the World to Come. Mere oversight of not providing tzeidah l’derech – food for the way – led to a tragic sequence of events.

The Torah (Devarim 21) tells us that when a corpse is found between two cities, the elders of the nearest city must declare their innocence vis-à-vis his death. The Talmud (Sotah 45b) elaborates that they affirm that they didn’t send him from their city without food and drink.

R’ Yisroel Salanter, founder of the mussar movement, asks: What connection is there between their assertion and the person’s murder? Would escorting him and giving him provisions have prevented his murder?

R’ Yisroel Salanter answers that self-confidence and hope empower an individual and make him feel worthwhile. Without it, a person despairs and becomes resigned to his fate. He becomes dispirited and disconsolate, feels alone, and loses his impulse for self-preservation such that death seems a worthwhile option.

On the other hand, when a person escorts a stranger and gives him provisions, he demonstrates to him that someone cares about him. The individual is then invigorated to defend himself if he is accosted, and his potential murderer might back off as a result.

The great chassidic master R’ Moshe Leib of Sassov was a disciple of R’ Shmelke of Nikolsburg for seven years. When R’ Moshe Leib departed, R’ Shmelke gave him provisions for the way, which included a loaf of bread, a gold coin, and a white coat.

On the road, R’ Moshe Leib heard loud bitter crying and set out to discover its source. He soon discovered a Jew who had been incarcerated by the local poritz (feudal landowner) because he didn’t have money to pay his rent. To boost his spirits, R’ Moshe Leib gave handed him his loaf of bread through the barred window of the prison. He then braced himself and headed to the poritz to try to secure the Jew’s release.

The irate poritz protested that the Jew owed him a few hundred zlotys. R’ Moshe Leib offered the valuable gold coin in his possession to cover some of the rent. But the poritz refused to accept it and had R’ Moshe Leib removed from his presence. The Sassover, renowned for his ahavas Yisroel, was set to continue his journey but found it difficult to abandon his brother, so he returned to the poritz to plead on behalf of the Jew.

Enraged to see him again, the poritz ordered that R’ Moshe Leib be thrown to the dogs. As he was being led to his execution, R’ Leib recalled the white coat R’ Shmelke had given him and put it on. As soon as he did, the dogs, which had been rushing towards him, retreated and returned to their kennels.

When the poritz witnessed this scene, he realized that R’ Moshe Leib was a holy man, became overcome with fright, and quickly ordered the release of the poor Jew from prison.

How potent is tzeidah l’derech, reviving an individual in many different ways. 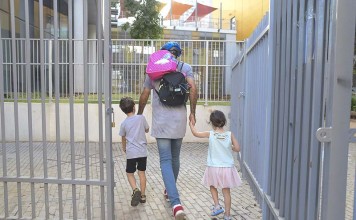 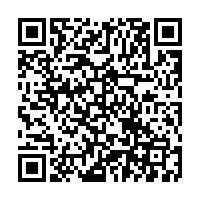