Two years ago, The Jewish Press interviewed Professor Nathan Aviezer of Bar Ilan University about the age of the universe and the Torah’s account of creation. Due to interest in this general topic, The Jewish Press decided to speak to Professor Aviezer again, this time about the lengthy lives of the early generations of man and the fine-tuned argument for G-d’s existence.

Aviezer has taught physics at Bar Ilan University for 50 years and has published three books on Torah and science, including, most recently Modern Science and Ancient Faith.


The Jewish Press: One of the most difficult aspects of Sefer Bereishit to understand is the extreme ages ascribed to the early generations of mankind. The Torah speaks of people living for more than 900 years. How are we to understand such longevity?

Aviezer: Until quite recently, no one really knew why human beings age. However, in the last few decades, there have been enormous advances in our understanding. Scientific journals now abound with articles that describe these exciting discoveries.

For example, from the cover of New Scientist: “Life at 200: Will We Always Grow Old?” The cover story declares, “We can live healthy lives well into our hundreds, researchers claim.”

It now appears that there is a common cause for the seemingly endless list of afflictions of old age. A scientific consensus is emerging that the root cause of all aging processes is genetic. The body does not wear out like a car or washing machine wears after years of faithful service. Rather, the human body contains certain genes that cause all the havoc of old age.

What would the world look like if people didn’t age?

It’s not difficult to imagine a world in which human beings don’t age. That doesn’t mean that no one would ever die. Lives would still be cut short by the usual hazards of traffic accidents, virulent diseases, and violent crime. But the rate at which people die wouldn’t increase with age.

For example, the chances of dying in a car accident are the same at age 60 as at age 20. The safest age for human beings is 10-15. In the United States, only 1 in 2,000 youngsters will die within a year. By contrast, half of centenarians won’t survive the year.

If people didn’t age, the mortality rate of a 10-year-old child would persist throughout his entire life. Professor Caleb Finch has shown that under these circumstances, the average life span would be about 1,300 years!

What does all this mean practically in terms of understanding Sefer Bereishit?

When Adam and Eve were in the Garden of Eden, they were destined to live forever. I propose that this immortality was the result of Adam and Eve not possessing any of the genetic defects that nowadays cause aging.

Moreover, Adam and Eve were not subject to the non-genetic causes of mortality that are unrelated to aging. In the Garden of Eden, there presumably were no traffic accidents, no virulent diseases, and no violent crime. Therefore, it follows that Adam and Eve would live forever.

And when they left the garden?

When Adam and Eve were banished from the Garden of Eden and forced into the outside world, they became subject to the usual non-genetic causes of death – accidents, diseases, etc. – and thus they became mortal.

Indeed, this is precisely what G-d meant when he told Adam and Eve: “on the day that you eat of the tree of knowledge, you will die” (Bereshit 2:17). Not that Adam and Eve would die on that day, but rather, they would become mortal – subject to dying.

The key point of this suggestion is that even after leaving the Garden of Eden, Adam and Eve still didn’t have the genetic defects that cause aging and, therefore, they didn’t age, which explains their great longevity – 930 years in the case of Adam.

Clearly, something happened at the time of Noach that caused important changes in later generations – changes that are all associated with aging. The Torah states that G-d was extremely displeased with the corrupt behavior of people at the time of Noah, and, therefore, He decreed that the maximum human life span would be reduced to 120 years.

But people continued to live many hundreds of years after that.

At the time of Noah, the genes for aging were introduced into the human gene pool. It took several generations, however, for these “aging genes” to propagate throughout the entire human population.

Sixteen generations had to pass – from the time of Noach to the time of Moshe – until the maximum life span decreased to the divinely-decreed measure of 120 years.

Sefer Bereishit also, of course, talks about Hashem creating the universe and in recent years some have touted the “fine-tuned argument” as proof of His existence. As a scientist, what do you make of this argument?

This argument – also called the “anthropic principle” – was formulated in the 1970s. It expresses the scientific discovery that the existence of life depends very sensitively on the value of many constants of nature. Very slight changes in these constants would have made it impossible for life to exist.

Consider the following example: Life on Earth depends crucially on the warmth and energy of the sun. Without the sun, there could be no life on Earth. But what causes the sun to shine? The sun is primarily a giant ball of protons – hydrogen nuclei – and the sun and the stars shine through the burning of their protons.

This example of the anthropic principle is just one of many examples that could be brought. Indeed, the examples are so numerous and so dramatic that many scientists have commented on them.

Particularly perceptive are the impressions of Professor Freeman Dyson of the Institute for Advanced Study in Princeton whose words capture the essence of the anthropic principle:

“As we look out into the universe and identify the many features of physics and astronomy that have worked together for our benefit, it almost seems as if the universe knew that we were coming.”

These are the words of a secular, world-famous scientist in describing the universe that he observes.

Are there other aspects of the anthropic principle in addition to the values of the constants of nature?

Absolutely! The conditions required for the formation of living cells from inanimate matter are extremely stringent. Rather than listing these conditions, which are rather technical, let me quote two famous secular scientists on this subject:

Professor Harold Klein, chairman of the U.S. National Academy of Sciences committee that reviewed origin-of-life research, has written, “The simplest bacterium is so complicated that it is almost impossible to imagine how it happened.”

And Professor Francis Crick, who shared the Nobel Prize for discovering the structure of DNA, has written, “The origin of life appears to be almost a miracle, so many are the conditions which would have had to be satisfied to get life going.”

If this Nobel laureate, known as a man completely devoid of any religious feeling, sees fit to use the words “almost a miracle” to describe the origin of life, it’s clear that an incredible series of unlikely conditions must have occurred to transform inanimate material into living cells.

So far, you have dealt with life in general. Can you say anything about the likelihood of human life appearing on our planet?

I will simply quote a famous evolutionary biologist on this question. Professor Stephen Jay Gould of Harvard University has written the following about the existence of human beings:

“We are an improbable and fragile entity…the result of a staggeringly improbable series of events, utterly unpredictable and quite unrepeatable.… It fills us with amazement that human beings exist at all.”

So is the anthropic principle proof of G-d?

My personal view is that the anthropic principle lends important support to our belief in G-d, the creator. However, it’s not a proof for His existence.

Highly unusual events sometimes occur by sheer chance. This is the view of all the secular scientists whom I quoted, none of whom think that the world was planned. However, say that I flipped a coin 10 times and the coin landed on heads each time. Although this occurrence does not prove the coin is faulty, it certainly offers strong support for my belief that the coin is faulty. 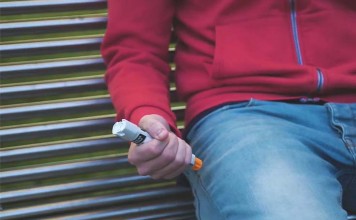