“And Moshe took the book of the covenant and read it within the hearing of the people, and they said: ‘Everything that Hashem said, we will do and we will obey’” (Shemos 24:7).

The Talmud states (Shabbos 88a): R’ Elazar said, “When the Jewish People preceded ‘We will do’ with ‘We will hear,’ a Heavenly Voice declared: Who revealed to My children this secret that the angels use? As it is written [Tehillim 103:20], ‘Bless Hashem, His angels, the strong warriors who do His bidding, to obey the voice of His word.’”

Rashi explains that the angels are ready to do Hashem’s mitzvos even before they are commanded to do so, as opposed to typical servants who first determine what the command is and then assess whether or not they are capable of doing it or are bound to do it.

The Maharsha notes that an angel is always ready to do Hashem’s will because it is a spiritual being. A human being, on the other hand, has a yetzer tov and a yetzer hara. At the revelation at Har Sinai, however, Bnei Yisrael became like angels and were ready to do Hashem’s mitzvos without even hearing the details or requirements involved.

The Zera Shimson asks: How can a person be ready to perform a mitzvah he knows nothing about? Furthermore, what is the meaning of the sentence uttered by the heavenly voice, “Who revealed to My children this secret that the angels use?” What is this “secret”?

The Zera Shimson answers his question by citing the Talmud (Sanhedrin 59a), which comments on the Torah’s statement (Vayikra 18:5), “My statutes and My ordinances which man shall do and live by them.” The Torah uses the word “man,” as opposed to “kohanim, leviyim, and Israelites,” to teach us that even a non-Jew who studies Torah is considered like a kohen gadol.

Certainly, a person cannot fulfill a mitzvah if he has not yet heard its details. What Bnei Yisrael meant by saying “We will do” before “We will hear” was that they would fulfill the mitzvos even without being commanded – even though the reward they would thereby get wouldn’t be as great. For they weren’t interested in the reward. They wanted to fulfill the mitzvos solely because it was Hashem’s will that they do so.

Angels don’t anticipate a reward when they do Hashem’s bidding and therefore the mitzvos they perform are absolute and perfect. That’s their great “secret.”

The Bais Yaakov school in Brisk happened to be located in a secular neighborhood, and one of the local non-observant families sent their daughter to this school for reasons of convenience.

The family owned a houseware store with many unique items that was open on Shabbos. One weekend, the parents found it necessary to be away and asked their daughter to make sure to open the store on Shabbos. The girl had no real choice; she could not refuse her parents, so she decided to open the store but not sell anything.

That Shabbos morning, a man walked into the store and inquired about a small item that should have cost around a dollar. The girl, however, told him that the price tag on the item was $100. Taken aback, the man refused to pay such an inflated price and left the store. An hour later, he returned and offered five dollars for the item, hinting that he would be willing to pay up to $10. The girl remained obstinate and would not accept anything less than $100.

Throughout the day the man returned several times, offering a little more money each time, but the girl would not relent. Finally, on Motzoei Shabbos, he returned one last time and paid the astounding amount of $100 for the small item. He explained that he had just renovated his house, and when he saw this item in the store’s window, he knew it was just perfectly suited for house. Only this item would do, and that’s why he paid the exorbitant amount the girl demanded.

The next day, the girl reported the previous day’s events to her parents and handed them the $100. They were so moved by the entire incident that they ultimately became shomrei Shabbos themselves. 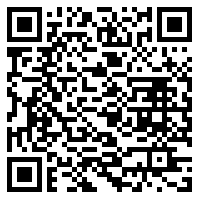