An Iraqi base housing American troops was hit by a Katyusha rocket attack at about 8:45 pm local time Thursday night in Kirkuk, according to a report by the AFP news agency, quoting Iraqi and US security sources.

There was no immediate information on casualties.

This is the first attack on the base since an attack on December 27, 2019, when a barrage of some 30 rockets slammed into the base, killing a US contractor on site.

In response, the US military launched an attack on the Iranian proxy in the country, the Katai’b Hezbollah Brigades, killing 25 fighters.

Revenge was not long in coming.

Iraqi Popular Mobilization Forces militia fighters and their supporters broke through the outer perimeter of the US Embassy in Baghdad on December 31, 2019 in an unprecedented attack on the building, torching a sentry post and surrounding the compound. Chanting “Death to America,” the attackers set fires inside the compound, throwing rocks and covering the walls with graffiti.

Less than a week later, on January 3, 2020, Iran’s point man in Iraq and Syria and Iranian Supreme Leader Ayatollah Ali Khamenei’s closest friend, Quds Force commander Qassem Soleimani, was killed in a drone attack by US forces in Iraq.

In response, on January 8, Iran fired a barrage of at least 15 Katyusha missiles at the Ain al-Assad Air Base in the Iraqi town of al-Anbar and a second base in Erbil. American troops were stationed at both.

On January 27, three rockets hit the US Embassy compound in Baghdad, leaving one person injured. One of the rockets struck the dining facility itself.

Although initially President Donald Trump had announced there were no casualties resulting from the January 8 attack, it later became clear there were more than “a few.”

In an announcement February 10, the Defense Department said 109 troops so far have been diagnosed with traumatic brain injuries from the attack.

Of those, 76 have been able to return to duty, officials said.

“We are grateful to the efforts of our medical professionals who have worked diligently to ensure the appropriate level of care for our service members, which has enabled nearly 70 percent of those diagnosed to return to duty,” Pentagon press secretary Alyssa Fatah said in a statement.

Traumatic brain injuries often do not manifest symptoms for days or even weeks; however, such injuries can have long-term physical, cognitive and emotional effects. 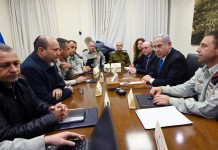 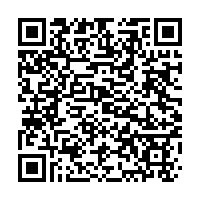