In this week’s parshah, Parshas Shemini, we learn which animals may and may not be eaten. The Torah provides signs by which we are to determine whether an animal and a fish are permitted for consumption. An animal must have split hooves and the ability to chew its cud while a fish must have fins and scales. This column will discuss the signs of the fish.

The Mishnah, in Niddah 51b, says that any fish that has scales will have fins. The Gemara, in Chullin 66b, asks why it was necessary for it to be written in the Torah that a fish is required to have fins and scales when the Mishnah in Niddah says that any fish that has scales has fins. It should suffice that a fish is only required to have scales. Based on the rule set in the Mishnah in Niddah, by requiring a fish to have scales, every fish would subsequently have fins. The Gemara concludes that it was indeed unnecessary, and that the Torah wrote it l’hagdil Torah v’yadir.


The Ritvah, in Niddah (ibid.), offers this explanation of the Gemara’s answer: although it was unnecessary to require fish to have fins – since, by default, fins will always be present – the Torah wanted to cite all of the things that render a fish kosher. The Ritvah understands that the kosher signs are not just “signs” indicating that a fish is kosher; rather, they are what actually render the fish kosher. This may also be applied to the kosher signs of an animal, but the Ritvah does not indicate this.

Tosafos, in Chullin (ibid.), asks how Chazal knew the fact that any fish with scales will have fins. Tosafos suggests two answers: 1) Adam harishon, familiar with every species, passed down this information and 2) it is a halacha leMoshe miSinai (Hashem told it to Moshe Rabbeinu on Har Sinai).

Approximately 300 years ago the rule set forth in the Mishnah in Niddah came into question. A fish that had scales but no fins, known as the stincus marinus, was discovered. The Madanei Yom Tov wrote a peirush to the Rush. In the sixth perek of Chullin (daf 66 s”k 5), he writes that the chacham, HaRav Aharon the doctor, brought him a stincus marinus. The fish, however, had four legs, which the doctor said could be considered fins. But the doctor, pointing out that the fish was poisonous, said that he did not understand why Hashem would make a poisonous fish kosher. On the other hand, if its feet were not considered fins, it then contradicts the rule of the Mishnah in Niddah.

The Madanei Yom Tov says that he was unsure at first as to how to reply. After further analysis, though, he decided that the Mishnah was only referring to fish; the stincus marinus is classified as a chayas hayam (wild creatures of the sea).

It is written in the Pri Chadash (Yoreh De’ah 83:4) that because the feet of the stincus marinus serve as fins, it is therefore kosher. As to the question of the poison, he responds that there is a method of removing the poison.

The Chasam Sofer, in Chullin, writes that he conducted a thorough investigation into the stincus marinus. After speaking to several scientists, he concluded that the stincus marinus is not a fish or a chayas hayam. It is a land creature, which occasionally goes into the water like a frog. Thus there is no contradiction with the rule that the Mishnah in Niddah set forth more than 2,000 years ago.

It is indeed fascinating that the Mishanyos made such a statement about the physical world at all. What is even more fascinating is that it has not been contradicted for more than 2,000 years. Although science is constantly finding new species formerly unknown to mankind, until recent times the Mishnah’s statement has not been contradicted – specifically that any fish that has scales will have fins. The exception to this is the stincus marinus, about which many solutions were given. This is an indication that the Mishnayos were written with a chachmah not based solely on the science of its times. This understanding should humble us, as we attempt to understand the Divine wisdom contained in the Torah. 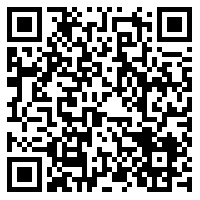