It was right after Pesach 1991. That day, the Rebbe spent many hours, as he often did, praying for the Jewish people at the tomb of his father-in-law and predecessor. After returning and davening Mincha and Maariv with the many Jews awaiting him in 770, the Rebbe spoke, explaining the special qualities of that date, the evening of the 28th Nissan.

Among other points, he emphasized that our Sages call Nissan the “month of Geulah” and that the number 28 (chof-ches) can be read as “ko’ach” (power), as the day gives us the power to bring the actual ultimate Geulah.


Suddenly, the Rebbe’s voice changed dramatically, and in a deeply pained tone, he declared:

According to what has been explained about emphasizing the Geulah particularly at this time, the greatest astonishment arises: How is it possible that…no one has accomplished the actual coming of Moshiach?! – it’s utterly incomprehensible!

Another reason for astonishment: That 10, and several times 10, Jews gather together in a time especially auspicious for the Geulah and nevertheless they aren’t agitating to accomplish the coming of Moshiach immediately, and it isn’t out of the question for them – may the Merciful One save us – that Moshiach won’t come tonight, or tomorrow, or even the day after…!

Even when they cry out, “Until when [will we have to wait for Moshiach]?” – they do so because of [my] command, etc. If they would have the sincere intent, and request and cry out truthfully, then Moshiach would most certainly have already come!!

What more can I do so that all Jews agitate and cry out sincerely and accomplish the actual coming of Moshiach, after everything done until now has not helped, and the proof is that we are still in exile and, even more fundamentally, in an inner exile in matters of serving Hashem?

The only thing I can do is to transfer the matter to you: Do everything in your capability – in a manner of illumination of Tohu [an exalted level of spiritual power] but in the vessels of Tikkun [i.e., in an orderly manner] – to bring in actuality our righteous Moshiach literally immediately!

May it be His will that 10 Jews will finally be found who will stubbornly insist that they are compelled to accomplish from G-d…to bring in actuality the true and complete Geulah literally immediately.

In order to speed and hurry even more through my deed, I will again give each of you a mitzvah-mission to give [a dollar] to charity, and “Great is charity, for it brings closer the Geulah.” I have done what I need to do, and from now on you should do everything in your capability.

May it be His will that there be found one, two, or three of you who will consult with each other about what to do and how to do it. Furthermore, and this is the main point: they should accomplish that the true and complete Geulah come about in literal actuality, literally immediately, and in joy and gladness of heart.”

This address shocked the worldwide Chabad community, galvanizing them to launch a wide array of activities to spur the coming of Moshiach. The Rebbe had been speaking about Moshiach ever since he became Rebbe, but for the next 11 months his public addresses every Shabbos and Yom Tov, and very often on weekdays, were saturated with subjects associated with the Geulah. He recommended regular, intensive study of subjects on Geulah and Moshiach, urging everyone to behave as would be appropriate in the era of Moshiach.

We know that when Moshiach comes, the world will suddenly change. Until now, that has been most difficult to imagine. Yet, now we see the entire world suddenly changing in a way no one could have predicted just months ago. Right now, it is changing for negative reasons. But it teaches us that G-d conducts His world in utterly unexpected ways.

If anyone had doubts until now about demanding Moshiach’s arrival, no one has any now… Let us all pray together, “Bring Moshiach now!” 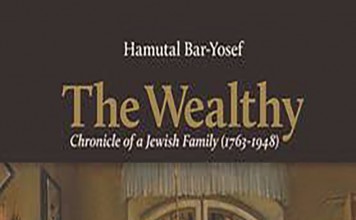