Outsmarted by a donkey. The archenemy of the Jewish people defeated by a talking animal. Such an event would seem to belong in the museum of Divine miracles as the lead exhibit. A display like that would spectacularly represent G-d’s protection of the Jewish people; surely preserving such a symbol would be quite a Kiddush Hashem.

Nonetheless, the Midrash relates that, in fact, the opposite happened. G-d arranged that the donkey would not be around to be seen. This was done out of consideration for Bilam’s honor; a living example that he was inferior to his own donkey would have been the source of considerable embarrassment. G-d’s concern for the honor of even a wicked man, explains the Midrash, models for us the basic respect we must have for the dignity of all humans.


An understanding of this phenomenon is somewhat challenging. It is not difficult to see that since people are created in the Divine image, honor and respect shown to a human being translates as honor to their Creator. Nonetheless, it could also be assumed that the honor of G-d Himself would be inclusive of all such gestures, and thus has no purpose in deferring to that of the creation, at best a secondary representation. Certainly Bilam, an almost paradigmatic example of opposition to G-d’s will, is an unworthy recipient of honor, in light of the testament to G-d’s majesty that would be evident in the miracle of a speaking animal.

This question is already present in a core principle of halacha. The Talmud states that kavod habriyot, respect for basic human dignity, is such a powerful concept that it overwhelms some areas of Jewish law (Berachot 19b, Shabbat 81b, etc.). Included within these areas are returning lost property, rabbinical law, and passively violated points of Biblical law (shev v’al taaseh).

It thus bears determining the mechanism by which the maintenance of personal self-respect overpowers religious obligations. One of the listed categories, that of monetary matters, may provide a crucial clue. R. Moshe Sofer (Chiddushei Chatam Sofer to Shabbat) explains that the relevant concept here is that of mechilah, of “forgiving” that to which one is entitled. Certainly, an individual has a number of personal rights granted to him by the Torah, among them having his lost property returned to him. Nonetheless, it is assumed that no Jew would insist on his rights if it meant the degradation of another. Thus, it can be assumed that an implicit mechilah is in effect in such instances, allowing the concern for human dignity full attention. With this foundation, R. Sofer continues, an extrapolation may be made to the supersession of rabbinical precepts as well. Although the honor due to the talmudic authorities mandates obedience to their dictates, they forgive the obligations of their own honor in favor of that of the individual, much as does the possessor of monetary rights.

However, this leads us to a shocking conclusion. We have seen that even passively violated points of Biblical law are permitted when human dignity is at stake. This suggests that not only the property owners and the rabbis but even G-d Himself waives His honor to protect that of the individual. This raises the same issue as above: Why should G-d pass on His own honor, in preference of a human, who is only honored for being in the image of G-d? Why not cut out the middleman?

The key may lie in a paradox that exists within the concept of honor. The great ethicists (see, for example, Shevet Mussar ch. 43) point to an inconsistency in the behavior of vain individuals. With an exaggerated sense of self-worth, they feel little regard for the status of others. Nonetheless, if they really felt this way, the very honor and adulation they so prize would be worthless, for of what value is the esteem of an insignificant person? Thus, they are forced to consider other individuals worthy, only to the extent necessary to accept their praise. Thus, receiving honor is only possible if it is first ceded somewhat to those from whom it is desired. 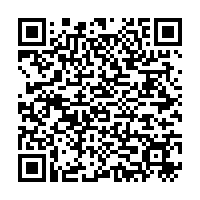