Jerusalem Arabs rioted and hurled everything except the kitchen sink at Jerusalem police Friday during the funeral of 16-year-old Mohammed Abu Khudair, who was kidnapped and killed in the pre-dawn hours on Wednesday.

The Arab world, encouraged by international and even some Israeli media, have jumped on the murder as Israeli revenge for the kidnapping and murder of three Israeli teenagers three weeks ago. There are no clear signs who kidnapped and killed the Arab boy, and eyewitness accounts and video footage of the scene of the abduction do not offer clear evidence whether Jews or Arabs carried out the crime and if there were nationalistic motives.


Virtually every media source has refrained from mentioning the ongoing rumors that the boy was a homosexual, which is enough of an “offense’ to be met by death in many Muslim circles.

Friday’s violence, which spread to the Temple Mount, was broadcast throughout the world, but no one has contrasted it with the Jewish reaction to the kidnapping and murders of the three yeshiva students buried earlier this week.

Suha Khudair, mother of the Arab victim said at the funeral, “I hope your death brings victory to Palestine,” while mourners chanted, “With our souls and our blood we will redeem you, martyr.” His body was draped with a Palestinian Authority flag and got across the message that Jerusalem Arabs are not part of Israel.

However, all polls show that most Jerusalem Arabs hold Israeli identity cards, enjoy all the benefits from the city of Jerusalem and from the country that Jews enjoy, and do not want lose their rights and become subjects of a would-be Palestinian Authority country.

That view is summed up in an explanation by one Jerusalem rioter to an Israeli television reporter, who asked why he was wearing a mask.

The rioters said he is afraid of losing his job and his social security benefits. Friday’s clashes, complete with the usual round of rock-throwing and firebombs by Arabs and tear gas and rubber bullets by police, starkly contrasts with the actions by Jews after the reports of the abduction of Eyal Yifrah, Gilad Shaer and Naftali Fraenkel.

Their parent united Israel in prayers for their safe return, and even after their sons’ bodies were found, the families eulogized the children and did not even hint at revenge. Defense Minister Moshe Ya’alon vowed that the killers will be found and tried for their crime, but there was not even a hint of casting all Arabs as terrorists.

The funeral of Khudair gave his family an opportunity to blame “settlers” for his murder even though there is no evidence. If God forbid Jews did kidnap and kill him, there will be a repeat media performance of the reaction to the assassination of then-Prime Minister Yitzchak Rabin, when the entire national religious community was blamed for the murder.

Minutes after the assassination, media already were reporting that the murderer, Yigal Amir, was a “settler.” After the damage had been done, it turns out his home was in metropolitan Tel Aviv.

Khudair’s father told TIME magazine Friday,  “The settlers killed my son, they kidnapped him and killed him,”

TIME added, “He reached for his Samsung smartphone, tapped the screen and pulled up a photo of two young men on a sidewalk. He said the image had been taken from a surveillance camera at a candy store around the corner that recorded the abduction. ‘These are the ones who kidnapped my son,’ he said.’”

When asked to describe them, he admitted that they did not wear Kippot, did not wear Tzizit, and did not have beards. His only explanation as to why they are settlers is because they drove to western Jerusalem (the Jerusalem Forest).

The report then jumped to the riots, without any mention that the images of the kidnappers is so blurred that it is impossible to identify them. 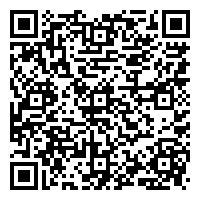