We know that Avraham went on a seemingly suicidal mission against four mighty kings with powerful armies to save his nephew Lot. The Gemara informs us that, aided by open miracles, he successfully saved Lot who would be the forbearer through his daughters of Malchus Beis Dovid, the Monarchy of King David. The Torah further informs us that the catalyst for this daring rescue was, “Vayavo hapolit,” a refugee came and informed Avraham that his nephew had been captured.

Who is this mysterious polit? Rashi teaches us that it was the giant Og and he was considered a refugee either because he escaped from the rigors of the war with Nimrod or because he escaped from the Armageddon of the mabul, the great flood. As the Targum Yonason Ben Uziel elaborates, Og was perched on top of the ark and Noach gave him food, on a daily basis. Bolstering this explanation is the fact that in Parshas Noach it says, “Vayishaer ach Noach – Only Noach remained,” and the words ach Noach have the gematria of 79, the same gematria as Og.

Fascinatingly, the Targum Yonason Ben Uziel states that Og was not spared on his own merit. Rather, Hashem allowed one giant to remain to show the world that even though there existed a world of great giants such as Og, they were all destroyed because they disobeyed Hashem. Perhaps this is hinted to in the name Og, which is an anagram of gava, to perish, indicating that he was deserving of expiration!

There is however another opinion of the identity of the polit, the survivor. The Daas Zekeinim, the Panei’ach Raza and the Baal HaTurim all explain that the identity of the polit was the angel Michoel. They elaborate that when Hashem cast Samo’el and his crew down to earth, Samo’el grabbed hold of Michoel to bring him down as well but Hashem yanked Michoel back and therefore he survived Samo’el’s plight. According to this it was Michoel and not Og who informed Avraham about Lot’s capture. I believe that these Rishonim prefer to have the righteous Michoel as the catalyst of the saving of Malchus Beis Dovid instead of the wicked Og for we have a Talmudic principal, “M’galgalin zechus al yadei zakai – Good things are caused by good people.” In a similar vein, the Bavli says that Memuchan, who orchestrated the execution of Vashti was Haman, but Tosefos brings down from the Yerushalmi that it was Daniel. Obviously, the Yerushalmi does not want Vashti’s demise orchestrated by the evil Haman.

There is another fascinating bit of historic trivia about Og. The Rosh tells us that when Og was hanging on to the teiva, he was not alone. He saved with him his mother, who at the time was pregnant with Sichon and that is where the prehistoric giant Sichon came from. This is in opposition to the opinion that Cham was one of the three who had forbidden relations on the teiva and it was his wife who was pregnant with Sichon. (That would explain why the name Noach is embedded in the name Sichon as this would mean that Sichon was the grandson of Noach.)

According to the version that Og saved his mother, it would explain why Og had such longevity, living all the way to the time of Moshe Rabbeinu, since he did such valiant kibud eim, honoring his mother, clutching her for a full year through the tumultuous flood. It is interesting that Og is exactly the gematria of kvod imo, the honor of his mother.

I’d like to point out one more fascinating observation. The Targum Yonason Ben Uziel explains that the giant was called Og because when he encountered Avraham, it was erev Pesach and Avraham was baking matzos which are called ugos. At first glance it seems incongruous that this prehistoric giant should be named after some baked unleavened bread. However, let’s consider. Why was it important to tell us that he was a refugee when he came to inform Avraham about Lot? I believe that the Torah is informing us that Og, with his gigantic physique and amazing longevity, his whole life amounted to only this moment when he came to Avraham who was baking matzos and he told him about Lot. That was the reason for his life. Of course, we as Jews look to find many such valuable moments as it says, “Chacham leiv yikach mitzvos – The wise at heart seizes mitzvos.”

May Hashem bless us with many meaningful moments in our lives, and in that merit may we all be blessed with long life, good health, and everything wonderful. 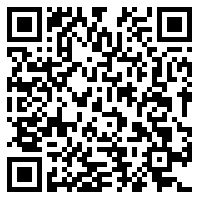