“Do not defile your soul with all crawling insects” (Vayikra 11:43).

The Torah commands us numerous times not to eat bugs. Eating some insects involves four prohibitions; others are forbidden by as many as six distinct commandments.

Rashi (Makos 23b) points out that the “Torah didn’t need so many injunctions against eating insects since everyone finds them repulsive.” Yet, it included many nonetheless “so that we can receive reward for separating from them.”

This comment is difficult to understand. Why should a person be rewarded for not doing something he wouldn’t have done anyway? And, even more pointedly, why should a person receive reward for not sinning? Imagine a man visiting his local congressman and saying:

“Sir, I have lived in this district for 20 years. I am diligent and hardworking, yet I barely make ends meet. I now find myself in a difficult situation. I have four daughters who are of marriageable age and I haven’t been able to put away any savings. I would like to ask you to arrange a federal grant to pay for their weddings.”

“You want the government to pay for your daughters’ weddings?”

“Absolutely. After all, I am a law-abiding citizen. I don’t do drugs. I don’t gamble. I don’t get into bar fights. Why, I’ve never even been arrested! I think the least you could do is take care of the wedding costs.”

I imagine the congressman would look at him incredulously and ask, “You expect to be rewarded for not being a criminal?”

Yet, Rashi seems to be suggesting, indeed, that we are rewarded for not sinning! How do we understand this idea?

To answer this question, we must discuss free will, reward and punishment, and the underlying reason for creation.

The Mesilas Yesharim explains that Hashem created man to share of His goodness. The greatest good, and most satisfying experience, is being close to Hashem. For that good to be complete, however, it has to be earned. And so, Hashem created this world, and put man into it, so that he can earn his reward by being challenged and resisting temptations.

Yet, herein lies a difficulty. For man to be challenged, he must have choices – each of which is compelling and attractive. The neshama (soul) of man, though, is dazzlingly pure and brilliant and recognizes truth. It understands that every mitzvah purifies it and every sin sullies it. If a neshama were put directly into this world, it could, in theory, choose to sin, but it never would. In what sense, then, would it have free will? And how then could Hashem reward it for not sinning?

To allow for free will, therefore, Hashem put the neshama into a heavy cloak of physicality, which we know as the body. He then placed this synthesis of neshama and body, called man, in a world of darkness with many, many temptations, challenges, and difficulties. Man now truly has free choice; he can go either way. If he succeeds in making the proper choices, he becomes greater than the angels.

If he fails, though, his existence is a waste – which is a problem since the very purpose of creation might not be realized. To solve this problem – of giving man free will while not dooming him – Hashem stacks the deck when it comes to reward and punishment. Indeed, Chazal tell us that the measure of reward is 500 times the measure of punishment. By setting the odds that way, Hashem ensured that even if man veers off somewhat, his life can still be a great success.

These facts seem to answer our question on Rashi. The Torah prohibits eating insects – even though we wouldn’t have eaten them anyways – so that we will be richly rewarded well beyond anything we could have earned (and even imagined).

This concept can be transformative. Since it is unlikely that any of us are tzadikim, we might despair: How can we not transgress at least some mitzvahs in the Torah? If we recognize, though, that free will can only exist if the battle of life is fever-pitched, we will realize that although we might falter along the path, we can continue to strive for greatness because as much as we want to succeed, Hashem wants us to succeed even more – and so life is biased toward us doing well. Our job is to follow the Torah as best as we can, and trust in the goodness, love, and kindliness of our Creator. 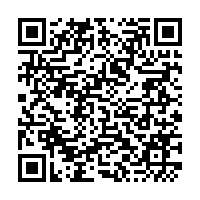