Seder night is a time to be with family, but the national security situation in Israel prevents many people from being able to celebrate Pesach within the family circle. Thus, Rafael, a twenty-year-old soldier, found himself on erev Pesach manning a roadblock with other soldiers. There was a small army base nearby, and that is where Rafael and his fellow soldiers were due to participate in a Seder later that evening.

Sometimes a cooperative effort is required between the police and the IDF. Each of the soldiers at the small army base took turns accompanying a policeman in his patrol car. Erev Pesach was Rafael’s turn to go with the police patrol. His shift was from eight in the morning until eight in the evening. At 7:30 p.m. he reminded the police officer that at 8 p.m. he needed to be back at base.


On the way back to Rafael’s base, there was a call that there was some trouble going on near the community of Ateret in the Shomron, and the police officer was commanded to come quickly. “Both the police officer and I were really annoyed. It was already Shabbat,” explained Rafael.

“When we arrived at the community of Ateret, we saw a car parked near the guard house. The way the car was parked, the security gate could not be closed. There was a woman screaming and cursing at the guard. She refused to move her car. She was walking around barefoot and she had taken off her coat as well, even though it was cold outside. We saw immediately that the woman was mentally ill,” described Rafael.

Rafael and the police officer spoke to her very politely. She agreed to move the car inside, but she continued to shout and curse at the community’s guard. An oft repeated phrase of hers was, “I am stubborn since being in the uterus and since birth.”

After asking the woman some questions, it was discovered that she was from the city of Holon, and she did not even know how she had gotten to Ateret. Rafael asked her where she was supposed to be for the Seder, and she replied that HaShem had told her to do a Seder where she was.

The police officer attempted to get some more details from the woman. He discovered that she had two children in the back seat of the car. Rafael asked their mother if he could speak to the children, but she responded, “Don’t go to the car.”

Rafael looked through the window of the car and saw two boys who were crying. Rafael told the woman that her children look adorable, and suddenly their mother did an about face. She ran after Rafael and attempted to hug him, but he ran away from her.

Rafael asked to leave the scene and get back to base, but the guard told him that that must stay until matters are settled. Rafael looked up at the heavens and asked, “What am I doing here? Why do I deserve this? I am not even being helpful. I want to be able to have a Seder.”

The policeman called an ambulance so that someone could check out the woman. The ambulance arrived, checked her and left.

Meanwhile, the woman was smoking cigarette after cigarette. She was asked more questions, and it was found out that her parents were at the Seder at the Chabad House in Tel Aviv. Rafael entreated, “Let’s leave.” The policeman, who had obtained the phone numbers of her legal guardian, a brother, told Rafael that they had to wait for the brother to arrive from the city of Hadera.

There was nothing Rafael could do to get back more quickly to his base, so he decided to make the best out of the situation. He asked the woman if she would open the window of the car and he would make kiddush. Lo and behold she agreed! Rafael obtained some matzah from the guard, but there was no wine. The woman put a scarf on her head. “I’ll open the window, but don’t go into the car,” she warned. Rafael agreed. Rafael made kiddush without saying HaShem’s name. Then the woman went off to smoke some more.

Rafael asked the boys, who had long curly hair, what they had learned in school about Pesach, but the two boys said that their mother had taken them out of school, so they didn’t know much. Rafael proceeded to tell them the story of Yetziat Mitzrayim. He asked them where their mother had planned to take them, and he was told that they were supposed to join their grandparents for the Seder. Rafael taught them Ma Nishtana, and since he had a Haggadah in his pocket, he sang Achad Mi Yodeah. The boys were smart and caught on quickly.

“They asked me all sorts of questions. Eventually, I opened the door of the car and sat down next to them. I told them stories about Moshe Rabbeinu, and they listened with great delight expressed in their adorable faces,” Rafael said.

Eventually, two of the boys’ uncles came in separate cars. One of them took the boys to their grandparents, and the other brother took his sister to where she needed to be. From the conversation between the boys’ uncles and the policeman, Rafael learned that the woman’s husband had left her and was not paying for their care. She also had a record of drug abuse. Before the uncle, who was taking the boys, drove off, they came over to Rafael and hugged him. “Thank you so much for teaching us Torah,” they chimed.

Rafael turned to the heavens and said, “HaShem, now I know why you put me here.”

The policeman drove Rafael to his base, and he arrived at about 11:30 p.m. He was hoping to catch some of the Seder, but the soldiers were already up to Nirtzah. He was not a happy camper. He read the Haggadah on his own and ate cold food.

But his heart was warm. 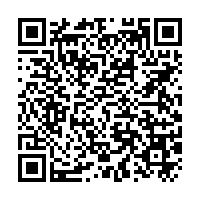