The pause before stepping forward into prayer allows me to focus on how I am about to approach God. There are times when I picture the prayer as reenacting how, as a little boy, I would run toward my crouching father zt”l and leap into his arms. I am overwhelmed with gratitude for experiences that are so resonant that I can use them, years later, in my relationship with the Creator.


That warm feeling fades in comparison with those I experience when I run my hand over a page of Talmud and recall warring with my father, repeatedly confronting him over the meaning of a text. I was certainly not his equal, yet, he allowed me to debate him, respectfully, because of his total awareness that the Talmudic rabbis were inviting us to sit across the table from them as I sat before my father, and challenge them, engage in their debate. I felt elevated, honored, and sensed the demand to live up to the encounter. Running into his arms gave me safety. Studying together raised me higher than his arms, into a future unlimited with possibility.

The safety and elevation combined into a more potent experience when I had to rule on a complex Halachic issue and would review my reasoning and conclusion with my father, my teacher. I knew that he would challenge each step, yet, I felt safe. I would have to defend my arguments against his formidable mind, and I, whom he had taught to aspire, was prepared to rise to the occasion. Those were moments when the little boy he raised, and the rabbi he trained, would join, and connect to my father in an otherworldly experience.

So, you can imagine how disturbing it was to once hear him respond, “No! You’re wrong. No discussion.” He heard my pained silence, and suggested I review this week’s portion, the story of Korach’s rebellion against Moses and its aftermath. And so I did.

People who felt safe enough with God to interrupt Revelation and ask that Moses, rather than God, articulate the Ten Statements (Exodus 20:16) (“So Close & Yet So Far“), people who felt constantly elevated by their experiences (“Heads In The Clouds“), wanted to engage in a debate with Moses. They battled against the idea of a nation with two primary leaders, and argued, “The whole community is holy, every one of them (Numbers 16:3).”

“When Moses heard this, he fell face-down (Numbers 16:4).”  He was in sorrow for people with beautiful motivations, because those motivations were so destructively confused with others. He then designed a test to demonstrate, “The man God chooses He will cause to approach Him (Verse 5).” Moses realized that despite their words demanding respect for “every one of them,” it was ultimately a quest for power; only one person would be chosen by God. Unsurprisingly, Korach and his followers immediately accepted the challenge.

Korach is swallowed by the earth. Those contesting Aaron’s position were consumed by fire. Moses was proved right – he still honored their good motivations by hammering out the copper of their pans into a covering for the Altar, and yet, “The next day the whole Israelite community grumbled against Moses and Aaron. ‘You have killed God’s people’ (17:6).” God sent a plague, and Moses, desperate to protect the people’s sense of safety with God, sent Aaron into the center of the plague to stop it. And the people were still unhappy.

“God said to Moses, ‘Speak to the Children of Israel and get twelve staffs from them, one from the leader of each of their tribes. Write the name of each man on his staff. On the staff of Levi write Aaron’s name. Place them in the Tent of Meeting in front of the Ark of the Covenant, where I meet with you. The staff belonging to the man I choose will sprout, and I will rid myself of this constant grumbling against you by the Children of Israel’ (16-20).”

“The next day Moses entered the tent and saw that Aaron’s staff had not only sprouted but had budded, blossomed and produced almonds. Moses brought out all the staffs from God’s presence to all the Israelites. They looked at them, and each of the leaders took his own staff (21-24).” The debate ended with the message of a staff that sprouted, budded, blossomed and produced almonds. The lesson was to consider how the future will be shaped by our current approach. A nation lacking a consistent message will not flourish, and they will ultimately lose their sense of safety and elevation. Moses honored their motivations, but pointed out how their current demands would lead to so many voices that they would forfeit the safety and elevation that led to their demands. Even a beautifully motivated desire must be measured by its affect on the future.

My father’s recommendation to study this story was a message to not be focused only on my brilliant reasoning, but to also consider the long term implications of issuing my ruling. I loved running into his arms, treasured our Talmudic battles, and savored our debates over Halachic rulings, but this important message wrapped in a painful experience, is perhaps my favorite, especially as I am able to feel my father’s hand on my shoulder each time I take that extra moment to consider whether the lesson I am about to teach, the ruling I want to issue, will be something that can flourish, blossom and produce almonds, far into the future.

The pause before stepping forward into prayer allows me to focus on how I am about to approach God, and now I often begin by imagining a staff in my hand, closely examining my prayer for sprouts and buds. 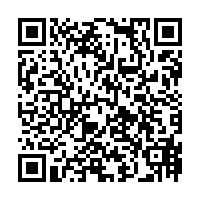