LM (a.k.a. suicide drone or kamikaze drone) is a weapon system category in which the munition loiters around the target area for some time, searches for targets and attacks once a target is acquired. LMs enable faster reaction times against concealed or hidden targets that emerge for short periods, without having to place high-value platforms close to the target area. It also allow more selective targeting, since the attack mission can always be aborted within seconds.


LMs fit in the niche between cruise missiles and unmanned combat aerial vehicles (UCAVs), and share characteristics with both. They differ from cruise missiles in that they are designed to loiter for a relatively long time around the target area, and from UCAVs in that an LM is expendable in an attack and has a built-in warhead.

Loitering weapons first emerged in the 1980s for use against surface-to-air missiles (SAMs), and were deployed by several military forces in the 1990s. Starting in the 2000s, loitering weapons have been developed for additional roles ranging from relatively long-range strikes and fire support down to tactical, very short-range battlefield systems that fit in a backpack.

Loitering munitions have proliferated into use by at least 14 countries, with several different types in use as of 2017. As of 2017, loitering munitions are in use by Israel, the United States, China, South Korea, Poland, Iran, Yemen Houthis Rebels, ISIS, Azerbaijan, Germany, Kazakhstan, India, Turkey, and Uzbekistan.

SkyStriker is able to locate, acquire and strike operator-marked targets enabling high-precision performance. The system’s electric propulsion provides a low acoustic signature and enables covert low altitude operations. Due to its flight speed capability, it can reach a distance of tens of kilometers within minutes. Upon reaching the target area, it can loiter and pursue the target for up to two hours.

SkyStriker offers quick deployment and ease of operation in the field, provides forces with the ability to observe and identify an enemy target before delivering a rapid precision airstrike. Its remote operation capability reduces operators’ exposure to detection or enemy fire while guiding the LM to its target.

In addition to high accuracy, long-range and a significant loitering time, the SkyStriker is capable of carrying up to 22 pounds of munitions. The system also provides significant flexibility such as the ability to choose any target, and engage at any direction and in various angles (shallow to steep), while significantly decreasing costs.

And, possibly the most important feature: SkyStriker enables its operator to abort a strike up to two seconds to impact, re-engage, and in case of lack of authorized targets to order a safe return home.

Elad Aharonson General Manager of Elbit Systems ISTAR Division said in a statement: “SkyStriker is a force multiplier for the units in the field, allowing them to perform precise missions without putting them in harm’s way.” 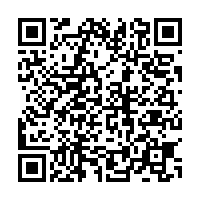