Too young to understand the purpose of the x-ray glasses as advertised in the back of the comic book, I wanted them to peer into my grandfather’s brain and then compare it to mine in the mirror. My sister and I were sitting with my father zt”l in the doctor’s office, the only place where I could read comics, and I pointed to the ad and asked my father for a pair. Those of you who remember those ads can imagine how my father must have felt, but he maintained his calm and asked for my reason. It was difficult to get out all the words above my sister’s loud, “icks,” but when he finally heard my explanation, my father pointed out that the x-ray glasses would probably not work in a mirror. “Plus,” he said, “it isn’t your grandfather’s brain that’s special, nor yours, but something else deep inside that cannot be seen even by the best x-ray glasses in the world.” If I recall correctly, it was our first talk about souls.


I may not have been very sophisticated for a four-year-old, but it was clear that there were no x-ray glasses coming my way. Too bad, as there were all sorts of things I wanted to see: My father praying under his Tallit, all the secrets I used to hear my father describe as hiding inside the words of the Torah, and, most of all, what my parents were saying behind closed doors when discussing me. Alas, it was not to be. I had to learn to “see” in a different way. I had to watch my father pray and sense what was going on inside his prayer shawl. I never quite mastered x-raying my parents’ private conversations, but I did learn to x-ray a verse from a power in that place “deep inside,” to which my father introduced me in that long ago conversation.

The days when I can’t seem to access that special vision are as frustrating as being refused my magical glasses, so I can empathize with the Children of Israel wanting to send spies to see the land they were to conquer. People who had once been able to see with x-ray vision, as in, “The entire people saw the thunder…the sound of the shofar (Exodus 20:15),” only to refuse this gift of superhuman vision, were constantly reminded of what they had rejected. The most meaningful services of the Tabernacle took place behind closed walls. They could not even look directly at Moses’ face (34:30). They were abandoned by Jethro, who had previously been, “eyes for us (Numbers 10:31).” At the conclusion of the previous portion they watched as, “God descended in a pillar of cloud (12:5),” over Moses and his siblings, and when, “the cloud had departed from atop the Tent, and behold! Miriam was afflicted with leprosy like snow (Verse 10)!” What happened inside that cloud? There were far too many consequences of their rejection of  “super” vision, and they understood the price of choosing to not see.

Does Superman ever disconnect his x-ray vision when he wants to take a break? We often choose to not see below the surface such as ignoring a child acting out, or closing our eyes to dysfunctional families, or all the suffering people around us. The Children of Israel understood the price of choosing to not see, and they now wanted to assume their previously rejected role of Visionaries. They would look and assume responsibility.

They looked and they were overwhelmed by what they saw. The challenges were too huge, “We were like grasshoppers in their eyes (13:33),” and, “they wept that night (14:1).” Are we any better prepared to really see?

God responds with the gift of Tzitzit that guide us in when to see and when not. “That you may see it and remember all the commandments (15:39),” and then master when not to see when we learn to, “not explore after your heart and after your eyes after which you stray,” when overwhelmed by what we see. After we have seen how, with that, “deep place inside,” we can successfully transform a simple garment into a Mitzvah, how much we have been able to accomplish, there is no reason to be overwhelmed by what we see. Tzitzit remind us to see our ability to respond to those things we avoid seeing for fear of being overwhelmed.

I did get my x-ray glasses and Superman cape, after all; my Tzitzit. My sister was right, much is “icky,” but I can see the light beyond the icky stuff, and resolve to fight on, and so I will. 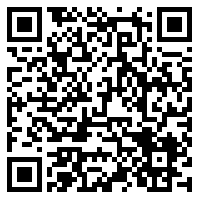