How does one respond to this AP headline: “Palestinian mayor in West Bank brushes off his violent past“?

The mayor in question is Tayseer Abu Sneineh, who’s just been elected Mayor of Hebron as the Fatah candidate.


On Friday, May 2, 1980, at 7:30 PM, the young math teacher Abu Sneineh was part of a terrorist gang that murdered six Jews and injured 20 as they were coming home from Shabbat prayer services in Hebron. They were attacked with gunfire and grenades from the rooftops and the street level as they had entered a small alley.

It was the most deadly attack in Judea and Samaria since 1967.

The attack was carefully planned military style. The terrorists had studied the route and timing of the return of worshipers to their homes in the former Hadassah medical clinic on Friday evenings, and attacked as soon as the Jews had appeared in the narrow passageway. Israeli security guards inside the former clinic immediately returned fire.

In September 1980, four Al Fatah members—one of them trained in the Soviet Union—were arrested and charged with the murders. Two of them were arrested while trying to flee from Israel into Jordan. Another six were charged with aiding the terrorists by providing lodging and transportation.

Abu Sneineh received a life sentence for his part in the murders, but was released three years later in a prisoner swap with the PLO and deported to Algeria. Then Oslo happened, and the PLO, which had been on its death-bed, was revived by the Rabin government in the name of peace. Obviously, the PLO’s terrorist arm Fatah never expressed remorse for the Hebron or any other murder.

Speaking to the PA, Abu Sneineh “shrugged off criticism,” and said the attack was justified. On Facebook, Fatah praised its candidate for Mayor of Hebron, extolling his murder of 6 Israelis (translation by Palestinian Media Watch): “The number 2 candidate on the Fatah Movement list in the Hebron City Council elections – hero of the Daboya operation Tayseer Abu Sneineh – one of the heroes of the Daboya operation on May 2, 1980.”

“They all were armed settlers and soldiers, no women or children,” Abu Sneineh told AP. “We attacked them with guns and hand grenades. We wanted to send a message to the settlers that this is our city and they have to leave.”

So much for yearning for peace.

Now, it is to expected in view of 150 years of Zionist settlement in Israel that Arab murderers would take pride in their bloody handiwork. It’s harder to accept the clipped, ready-to-serve, 4-line paragraph the AP story presents as context:

“Hebron is the West Bank’s most populous city, holy to Muslims and Jews, where several hundred nationalist Israeli settlers live in fortified compounds in the midst of 170,000 Palestinian inhabitants.

“Palestinians must frequently cross through military checkpoints to get around the area, and the close proximity of the two populations has turned the city into a flash point of violence. Hebron has been the epicenter of many of the Palestinian attacks targeting Israelis in the past year and a half.

“The Palestinians seek the West Bank, captured by Israel in 1967, as the heartland of a future independent state and say the Jewish settlements there are illegal – a position that has wide international backing.

“Israel says the presence of its settlers is justified by an ancient Jewish connection to Hebron going back to the days of the biblical patriarch Abraham.”

Question: would the AP dare describe in such sterile, distant fashion the context of the ISIS November 2015 massacre in Paris? The Brussels Airport massacre? Any other shooting spree in Europe? Would they depict the victims over there in similar fashion to their description of six Jews strolling home from shul Friday night as part of “several hundred nationalist Israeli settlers live in fortified compounds”?

“We elected him because he is our son, the son of the old city, and he knows our suffering and we are confident he is going to solve our problems,” AP quotes Mohammed Jabir, a 64-year-old barber from Hebron.

As to the new Mayor, AP reports: “Now 63, Abu Sneineh said he has put his life as a militant behind him and is focused on the tough reality of governing in a divided city.” He says he is committed to the peace accords with Israel, but warns that if they don’t result in the establishment of a Palestinian state, “the Palestinians will have the right to return to armed struggle.” Also, “He believes the only solution would be for the settlers to leave.”

Or, as the AP story headline calls it so aptly: “Palestinian mayor in West Bank brushes off his violent past.” 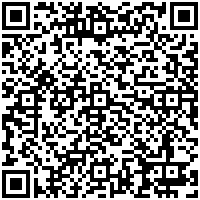