One of the most difficult choices of my six-year old life was my Purim costume. Most of my friends wanted to be Superman or Batman, a few wanted to dress as Chassidim, and one, jealous of my outfit the previous year was going to dress as a Kohen Gadol (High Priest). I was torn between a turban that would give me the Maimonides look, or an “Elijah Mantle,” whatever that was. My father zt”l’s bedtime stories were usually about “The Adventures of Maimonides,” or bible tales. He had recently told the story of Elijah appointing Elisha as his prophetic successor, and acted out, “Elijah came upon Elisha while he was plowing, so Elijah went over to him and cast his mantle upon him (I Kings 19:19),” by taking my blanket and throwing it over my shoulders. I had no idea what a Mantle looked like, and I was certain it wasn’t a blanket, but Elijah’s Mantle, I wanted.


The problem was that I didn’t want to have to carry a large sign explaining my Purim costume, and, as my father pointed out, “How many people will know about Elijah’s mantle?” I finally decided on the outfit of someone my age, “Samuel was serving before God, a lad girded with a linen robe (I Samuel 2:18),” an outfit also worn by King David, “David danced with all his strength before God; David was girded in a linen tunic (II Samuel 6:14),” another of my favorite characters and stories, but I ended up having to explain why I was wearing what looked like a bathrobe. It was not my most successful Purim costume.

The bedtime story that night was from The Adventures of Maimonides, and included, “The Ephod, linen robe, was worn by the students of the prophets and those who were fit to have the Holy Spirit rest upon them, to make it known that such a person had reached a level equivalent to that of the High Priest (The Laws of the Temple Utensils 10:13).” The message of the story was that it was not the clothes that made the man, but the man who made the clothes; they were a symbol of achievement. “When I looked at you,” said my father, “I saw someone who wanted to become another Samuel, and I could not have been more proud. You weren’t wearing a costume, but a statement of who you can become.”

I remembered that night when I read in this week’s portion, “The Breastplate shall not be loosened from upon the Ephod (Exodus 28:28).” The Breastplate, or Choshen, was the most fabulous of the High Priest’s vestments. Twelve flashing stones that were used by God to communicate with kings, prophets and priests, and best of all, a secret pocket to contain the Urim and Tumim, the tools of enlightenment and completeness. As magical as was the Breastplate, it could not be removed from the Ephod, the tunic that represented the achievements of the man who wore them. It was the man who energized the Breastplate.

I love and, am energized by, wrapping myself in my Tallit (Prayer Shawl), and tying on my Tefillin (Phylacteries) because of their message. I focused this morning on whether I had the ability to energize them, whether I could wear them as a celebration of my growth, and found myself vibrating with their energy.

Chassidic dress or Israeli, Sepharadic turbans or Shtreimel, wig or scarf, do not define the person; if worn as a uniform, they say nothing more than does a Purim costume. Worn as an expression of achievement and aspiration, they vibrate with the energy of life.

I have a retired physician as a friend, and he drives a beat up old car. One minute of conversation and it becomes a limousine. He doesn’t dress in expensive suits, but a glance at his shirt offers a hint of Samuel’s Tunic, perhaps even Elijah’s Mantle.

It is the man who makes the clothes, the Tallit, the Tefillin. A second glance beyond the surface will allow us to see them as energy meters. If only we learn to look. 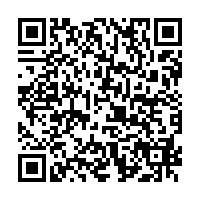