This week’s parsha is about the responsibility that Hashem charged Avraham with and which he accepted. In our haftara, we are reminded by the navi Yeshayahu that we are continuing Avraham’s mission in our time, and that the power of Hashem is unwavering, as is His promise to Avraham.

In the Brit bein habetarim, the “covenant between the parts,” Hashem showed Avraham all of the hardships his children would endure in the service of Hashem, and Avraham knowingly accepted all this upon himself.


Yeshayahu is anticipating the future destruction and exile and is trying fruitlessly to inspire the people of his generation to return to Hashem before it’s too late. But at the same time, his messages are intended for future generations – who will encounter very different challenges than those of his own. The chapter from which our haftara is drawn begins “Be consoled, be consoled,” but it ends with us wondering if Hashem even knows what is happening to us, or cares.

The haftara begins with Yaakov, also called here Yisrael, wondering why nothing in the world seems to make any sense. The Radak says that because of the long exile, the Jew has begun to wonder whether Hashem really notices how terrible our exile is. He is bothered that the wicked seem to prosper while the righteous only suffer.

The choice of Yaakov as the protagonist for our haftara is an unusual one because Yaakov will not be introduced in the weekly Torah portion for a few more weeks. There is a connection being made between the tribulations of Yisrael and the covenant with Avraham.

This covenant, we have seen already, is eternal and beyond space and time. But it isn’t only something meant to shatter our reality – the plan of Hashem to redeem the world has been built into the natural order. The navi says “Didn’t you know?” (Yeshayahu 40:28). Radak explains that you will know it with your rational mind and will be able to find the answer by using deductive reasoning. “Haven’t you heard?” the navi continues. (Ibid.) Indeed, you learned it from skilled teachers and through the ancient tradition.

The people of the future generation to whom Yeshayahu is speaking are living the reality of what Avraham was warned his descendants would one day endure. But the covenant is eternal and Hashem’s promise to His people is underwritten by His own omnipotence. Radak says that the identification of Hashem as the “G-d of the world” speaks to His status as the ultimate and final judge of mankind – as well as of every individual man and woman. Each person is accountable for his or her choices and actions, and will be judged for what they did in this world by the Judge of the world.

The name Elohim, translated above as G-d, is often applied to judges as well. Israel already knows, the navi is telling us, that Hashem judges the whole world, and He will judge us in accordance with the service and devotion we showed to Him even – and especially – during the long exile. 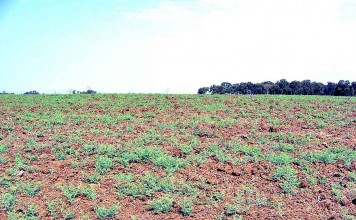