Fourteen personal letters written to a student in the 1049s by the “Hazon Ish,” one of the most influential hareidi-religious rabbis of modern time, have arrived at Israel’s National Library.

The letters reveal a personal side to the legendary rabbi, Rabbi Avraham Yeshaya Karelitz (1878-1953). They are to be made openly accessible to the public for the first time, said a spokesperson for the library.


In addition, there will be a free online event this Sunday (Oct. 17) celebrating the arrival of the collection.

The letters were donated to the National Library of Israel by the family of the recipient, Rabbi Zvi Yehuda, one of the students of the Hazon Ish.

In one instance, relating to Yehuda’s decision to join the army and enroll in secular studies, the Hazon Ish responded, “I am rich with love for others, particularly toward you, a young person armed with talents and with an understanding heart. . . But when I saw the sudden change in you recently. . . I had to wait and process my great pain.”

Born in what is now Belarus, the legendary rabbi moved to the Land of Israel in 1933 with the help of Rabbi Abraham Isaac Kook, the first Ashkenazi Chief Rabbi of Mandatory Palestine, and a formative figure in the modern religious Zionist movement.

Countless visitors flocked to the rabbi’s humble home in Bnei Brak during the last two decades of his life, from simple devout Jews to the leaders of the secular Zionist movement, including David Ben-Gurion, despite the fact that Hazon Ish was an opponent of Zionism.

As a teacher and expert in Jewish law, the Hazon Ish left an indelible mark on modern hareidi-religious Jewish thought and culture, which endures until today.

The letters have been donated to the National Library of Israel by Rabbi Yehuda’s widow, Hassia Yehuda, and his children Rachel Yehuda, Talli Yehuda Rosenbaum, and Gil Yehuda.

“These letters represent a bond between two remarkable individuals; an unlikely teacher-student pair,” said the Yehuda family in a statement.

“We invite laypersons and scholars alike to access the letters, and learn about the teacher, the student, and their special connection.”

Dr. Yoel Finkelman, curator of the Israel National Library’s Haim and Hanna Salomon Judaica Collection, said the library is grateful to the Yehuda family, and “pleased that these letters will now be safeguarded among the National Library of Israel’s collections, alongside treasures from countless other significant Jewish and Israeli culture figures from Maimonides to Ben-Gurion.” 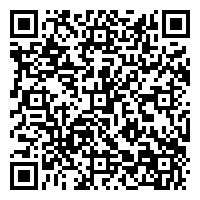