The Gemara in Bechorot (4a) teaches in the name of Rabbi Yehoshua ben Levi that there are 24 occasions in Scripture when the kohanim are referred to as levi’im. The example brought by the Gemara is the opening pasuk of our haftara from Sefer Yechezkel.

Rabbi Yosef Chaim of Baghdad, the Ben Ish Chai, examines this Gemara in his work Ben Yehoyada. He attempts to find the 24 examples and is unsuccessful. But he is even more surprised to find that the Arizal (Sha’ar haPesukim, Yechezkel) states that only the navi Yechezkel refers to the kohanim as levi’im. On the surface this claim seems to contradict the Gemara (which the Arizal certainly knew) and the various other examples from Tanach that the Ben Ish Chai lists in his commentary.


The Ben Ish Chai explains this apparent contradiction as a grammatical nuance, elucidated by the text in our pasuk (Yechezkel 44:15). In every other case, he says, the kohanim and levi’im are being included in the same sentence (the connecting participle vov has been omitted) or else the lineage of the kohanim as descendants of Levi is being referenced.

In our verse, it’s impossible to understand anything other than an inversion of kohen and levi, because of the addition of the identifier “the descendants of Tzadok.” No descendants of Tzadok could be levi’im (although interestingly they could be so if they became chalalim – kohanim whose yichus has in one way or another been defiled – G-d forbid; but the Ben Ish Chai doesn’t consider this possibility). The navi must be referring to the actual kohanim that are descended from Tzadok, but now he is referring to them as levi’im. “The kohanim who are levi’im” would be a good translation.

To understand this, we return to the Arizal. The Arizal teaches that the firstborn ought to have had the priesthood by right, except that Kayin abused this privilege and it was revoked from him as a result of his grave transgression. Aharon performs the spiritual work of completing the task of Hevel that was interrupted by his murder at the hands of his brother. Therefore, for the generation of the sojourn in the desert, under the guidance of Moshe and Aharon, it was as if Hevel was bringing his sacrifices on behalf of Israel. Hevel and Aharon, the Arizal teaches, serve under the auspices of the divine attribute of mercy, while the levi’im represent judgment. Aharon himself combines judgment and mercy, but throughout the exile the divine service represents and channels Hashem’s mercy in particular.

The Arizal explains that the proper service of Hashem in its pure form should be conducted through the agency of judgment. The power of judgment should be harnessed for the purpose of serving Hashem as Kayin should have done and as Aharon and our forefather Yitzchak each did when they performed their sacrifices. Ultimately it is necessary for even the wickedness of Kayin to be redeemed, and for the judgment – and the firstborn – to return to their proper role as intended at the time of Creation.
The Arizal explains at length that the navi Yechezkel comes into the world to rectify the spiritual faults of Kayin and to return the service to the side of judgment. He himself is the individual who is to achieve this inversion and, as we have seen previously, he himself is expected by numerous classical commentators to become the Kohen Gadol after the resurrection of the dead. The Arizal learns from our haftara that in the third Beit Hamikdash, the kohanim will perform the duties of the levi’im and the levi’im will become the kohanim because the curse of Kayin will have been lifted and the service of Hashem will be performed principally under the auspices of the divine attribute of judgment. 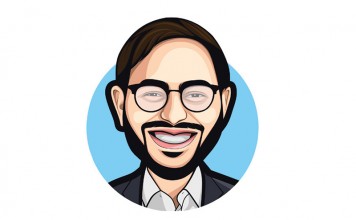 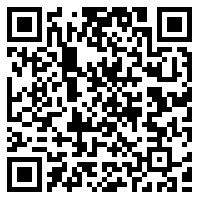