The U.S. House of Representatives passed a bipartisan bill on Tuesday to award the Congressional Medal of Honor to Benjamin Ferencz, the last surviving prosecutor of the Nuremberg Trials.

The measure was introduced by Rep. Lois Frankel (D-Fla.), in whose district Ferencz resides.

“In this day of partisan conflict, this is a rare show of bipartisanship with 296 co-sponsors from both sides of the aisle,” Frankel stated on the House floor on Tuesday. “Mr. Ferencz is 103 years old, and to this day is a tireless advocate for the rule of law and international justice. I have met Ben Ferencz because I am blessed to say he is my constituent in Delray Beach, Fla. And he remains very alert and very humble.”

Ferencz, who was honored earlier this year by the State of Florida, was born in Transylvania in 1920. He moved to the United States with his parents before his first birthday. He was only 27 when served as a Nazi prosecutor after the end of World War II.

“Nearly 80 years after the conclusion of these trials we meet here, during Jewish-American history month, after having just celebrated Israel’s Independence Day and observing Yom Hashoah, the day set aside for Jews to remember the Holocaust. It is important to recognize that we are still fighting an ongoing battle against racism, anti-Semitism and Holocaust denial in this country and around the world,” said Frankel.

She said that now “we are witnessing the horror, the inhumanity of [Russian President Vladimir] Putin’s war on Ukraine, so the timing for this bill has never been more important because Mr. Ferencz inspires us to stand up to the cruel barbarians of the world.”

“Mr. Ferencz said it best: ‘Nuremberg taught me that creating a world of tolerance and compassion would be a long and arduous task.’ His lifelong philosophies of ‘law not war’ and ‘never give up’ were quoted recently by Ukraine’s ambassador,” continued Frankel. “Today, in a bipartisan fashion, we’re going to recognize this magnificent man committed to justice, peace and human dignity with the Congressional Gold Medal.” 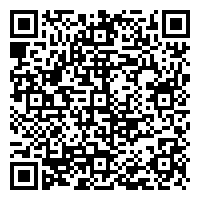