Many are familiar with the medrash Vayikra Rabba in Parshas Emor which states that the arba minim are symbolic of the members of the Jewish nation. The esrog, which has fragrance and flavor, corresponds to the Jew who has Torah and good deeds; the lulav, which has flavor but no fragrance, corresponds to one who has Torah but no maasim tovim; the hadas is fragrant but has no flavor corresponding to one who has good deeds but no Torah; and the aravah has neither flavor nor fragrance, corresponding to one who has no Torah nor good deeds. Hashem commands us to bind them together in one unified bundle, creating an exalted point in time when they atone for each other.

It would seem obvious that the esrog is the most treasured and distinguished of the four species, as it is both fragrant and flavorful. Wouldn’t it be more appropriate, then, when reciting the blessing over the arba minim to speak of the esrog rather than referring to the lulav, “al netilas lulav”?

Based on the mishnah (Avos 4:1), “Who is honored? He who honors others…,” our sages offer a beautiful insight. They observe that a narcissistic person can become self-absorbed to the extent that he believes he doesn’t have to value others who are not as important as he is. Such an individual is mistaken. One must know that all living things are a creation of Hashem’s hand. Every Jewish soul is a child of Hashem, and He loves each and every one of them, especially those who associate and befriend others.

The Sefer HaChinuch, which analyzes the 613 mitzvos of the Torah, observes that it is the nature of the four species to gladden the heart of those who see them. Although one could speculate as to the advantage of including the aravos – that have no flavor or fragrance – with the other species, it is within that anomaly that the minim together become equally balanced. With the accommodation of the lulav to be bound with the hadassim and aravos, the lulav becomes the most beloved by Hashem and merits having the bracha pronounced in its name.

R’ Aharon Taussig notes that the aravah begins to wilt after a day or two. By cutting a little off the bottom of the stem, though, and placing the aravah into water for an hour or two, the plant can be revived. Likewise, he adds, a person sometimes becomes wearied and unproductive. If he will disassociate himself from negative thoughts, and connect to Torah, which is compared to water, he will be rejuvenated.

This is an important lesson for us. It is specifically during Sukkos, which is called z’man simchaseinu, the time of our joy, that one may become disheartened by his shortcomings and his perceived lack of success in life. It is particularly at this time that we pay attention to the alliance of the arba minim – the association of one who doesn’t know much Torah with one who does, the one who doesn’t have so many mitzvos connecting with one who has more mitzvos. Once we are united in the service of Hashem then we can rejoice, because we know that the merits are bundled together, and every individual will be able to supply that which is lacking in the other.

When someone would wish HaRav Yechezkel Levenstein a good year during the period of yomim noraim, HaRav Levenstein would quickly add “together with Klal Yisrael.” He explained that as a member of the Jewish nation, he wanted to share in the merit of the masses, and not to merely rely on his own merits. Similarly, when we recite the viduy on Yom Kippur, we speak in the plural, “we have sinned,” and we do not say “I have sinned,” to share in the responsibility with all of the Jewish people.

Although R’ Levi Yitzchak of Berditchev was one of the renowned chassidic masters of his time, he had forged a relationship with a group of Jewish thieves who congregated in the center of town. In fact, the townspeople were accustomed to often seeing the tzaddik in animated discussion with the group. Most of the Rebbe’s followers had implicit faith in R’ Levi Yitzchak and understood that if their Rebbe had a connection with these individuals there was a good reason. After all, the Talmud (Sanhedrin 44a) tells us, “Even when the Jewish people have sinned they are still called Israel.”

The Rebbe’s detractors, however, felt that it was an affront to his honor, as well as theirs, for him to associate with the group. Both groups would often argue vociferously, each defending their position.

In truth, though, this issue had already been debated generations earlier in the Talmud (Sanhedrin 37a) when R’ Zeira was friendly with a band of ruffians in town, and the sages disapproved of his actions. Nevertheless, R’ Zeira continued to maintain his relationship with them throughout his life. When R’ Zeira died, the hooligans asked the sages, “Who will pray for compassion for us?” Ultimately, they did teshuva and repented wholeheartedly, proving that R’ Zeira’s association with them was appropriate.

One day, after Shacharis, the congregants observed R’ Levi Yitzchak engaged again in conversation with the group of Jewish thieves. One of them decided to boldly confront the Rebbe. “Why do you spend time with these worthless people?” he scoffed.

“Let me ask you something,” responded the Rebbe. “What do you do for a living?”

“I am a diamond merchant,” said the man.

“Is there any chance that you have some merchandise on you at this time?” asked the Rebbe.

With a twinkle in his eye, the man retorted, “It so happens that I do,” said the man. “In fact, this diamond is the most valuable, flawless gem I have ever seen.”

“Would you mind if I looked at it?” asked the Rebbe.

The man proudly withdrew a small pouch from his briefcase, and pulled out a jewel which he extended to the Berditchever. The Rebbe held the stone between his thumb and forefinger as he carefully scrutinized the stone, turning it on all its sides.

“I don’t care for the stone too much,” the Rebbe remarked. “It doesn’t appear to be so exquisite.”

“Berditchever,” protested the diamond merchant, “this gem is priceless. It is rare to come across such a perfect stone. In order to appreciate the value of the jewel you have to be a connoisseur.

The Rebbe’s face lit up as he smiled broadly. “Yes, my friend,” he said, “in order to recognize the value of a neshama, one has to be an expert!” 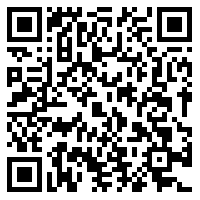